The first rain began to fall just as qualifying was about to start, backing things up. Each class drew for their starting position for the feature events in the features-only format. Things clicked off in good fashion until the rain came back on lap 27 of the Late Model feature race. The track crew once again went to work and dried the surface and the race card was completed, along with the fireworks show.

The ARCA Moran Chevrolet Late Model 50 lap feature saw Steve Cronenwett Jr. dart into the lead at the green. The rain stopped the action on lap 27, with Steve still in command. When the race resumed, Steve held the point but had pressure from Eric Lee. Eric dipped under Steve on lap 34 and zipped to the win. Frank Jiovani was in second on the last lap, but a mechanical issue slowed the #45, allowing Harold Fair Jr. to grab the runner-up spot at the stripe. Jiovani was hung on for third, Cronenwett Jr. was fourth and Stan Yee Jr. fifth, followed by Craig Everage, Paul Pelletier, Dennis Strickland, Hayden Sprague, Connor Zbozien, Chris Benson, Steve Hawes, Joe Hawes and Dan Trosen Jr. 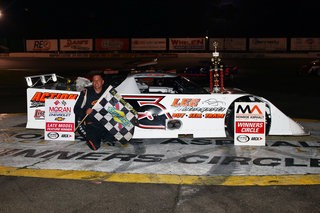 The 20 car field for the ARCA DTS Drive Train Specialists Street Stock A Main saw great competition throughout the pack. Rob Randa took the lead at the start and had company as youngster Ethan Stadniczuk gave chase. The duo battled side by side for several laps. On a lap 20 restart, Ethan charged strong in the outside lane, taking the number 1 spot. The duo to watch was Greg Studt, who started 19th, and Scott Selmi, who started 17th, as they picked their way to the front of the pack. Stadniczuk was gone as he sailed to the checkered flag, the first Street Stock win for the rookie. Jim Froling was second in the #26, third was Studt with a great run, in his tracks for 4th was Selmi in another great charge, while Randa held on for fifth. Rob Moore Jr. raced his way to sixth, David Liaeff was seventh, Kyle Worley eighth, Nick Shanks ninth and Guy Fire tenth. 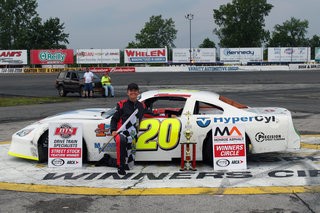 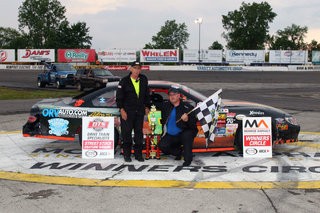 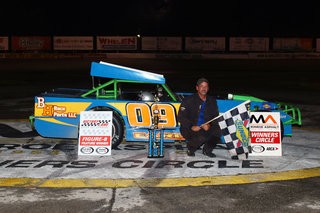 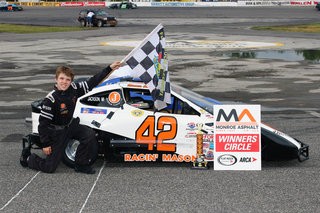