Flat Rock, MI—July 26, 2016: Racers come and racers go. For many, once they step away from the sport, it’s hard to even just watch a race. For others, they become car owners, watching their sons and daughters, or grandchildren, get behind the wheel of a race car to take part in the sport that they dearly love.

And, good guys come and go, too. Bob Rae was a racer, beginning in the 1960’s in Flat Rock Speedway’s famed Figure 8 division. And Bob was one of the very first Figure 8 feature winners when the class began in the early 60’s. He is one of just a handful of drivers that have competed in all 3 of Flat Rock’s weekly classes-Figure 8, Late Models (in the 1970’s) and the Street Stock class, where he concluded his career, one that touched the better part of 6 decades. If you spent any time at Flat Rock, you knew Bob Rae. And, oh yeah, Bob was one of those good guys.

Bob also became an ARCA official several years ago, as a member of the ARCA Racing Series presented by Menards Series tech staff. On his off-weekends, one would find Bob at Flat Rock at the wheel of his car, with his son-in-law, Greg Barron, and the 2 grandsons, Caleb and Collin, serving as the pit crew of the #103. Rae stayed behind the wheel until health issues put a stop to his driving duties. At that point, Caleb and Collin split the driving chores, a very proud moment for Bob.

The Rae family will present the trophies to the feature winners this Saturday night.

The speedway has added a few “fun” races to cap off the evening of racing at “The Rock”. The Figure 8’s will run the Flag Pole race, while the Street Stocks will stage the race from the past—and one of Bob Rae’s favorite events-the Australian pursuit races. Race time is 7 p.m. Saturday night. 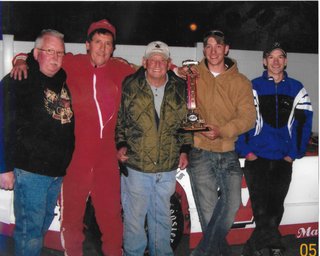 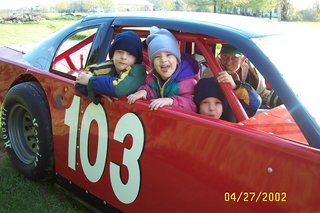 bob was indeed a good guy, had fun racing many years with him. He is missed at flat rock speedway. R.I.P. bob rae.