Flat Rock, MI—September 3, 2022:  The earliest sellout crowd ever at Flat Rock Speedway packed the Joy Fair Grandstand Saturday night for the CNV Enterprises School Bus Figure 8 races!  The race was a complete sellout by 4:15 p.m. in the afternoon, and the fans were treated to another action-packed night of entertainment, capped off with the School Bus Figure 8.  Dennis Whisman Jr. outlasted the field to win that event.

Plenty of fender-crunching, bone-jarring hits helped litter the Figure 8 track with debris for the School Bus Figure 8 race.  Sam Mills dropped his bus over on its side, much to the delight of the roaring crowd.  AJ Padgett had his bus up on 2 wheels several times, with the assistance of his fellow bus drivers, but that bus had a mind of its own as it would not go over!  Whisman Jr. applied a couple intersection hits and made it through to the checkered flag.  Eugene Worden, Padgett, Mills, Jack Franzil, Terry Smith and 2022 track Figure 8 champ Billy Earley steered the other buses. 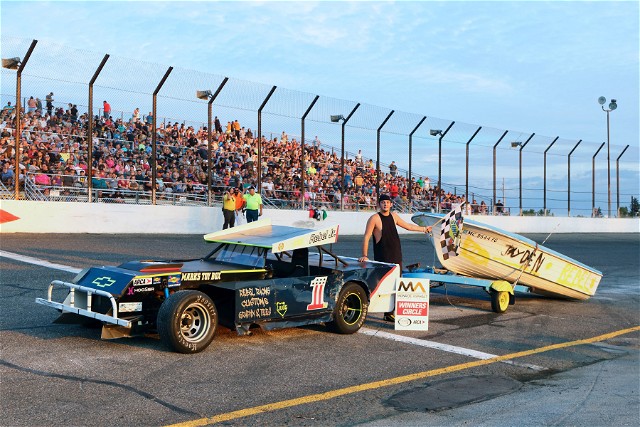 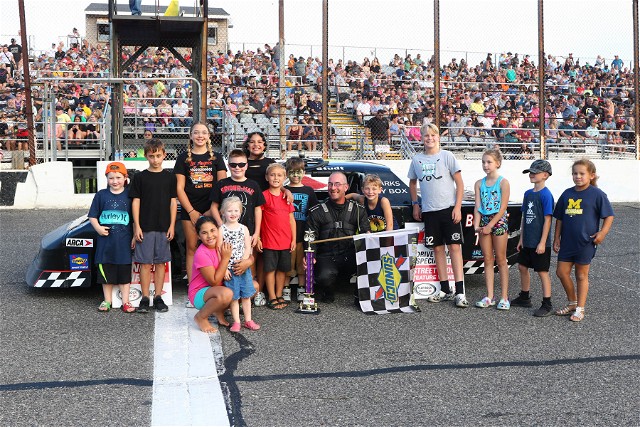 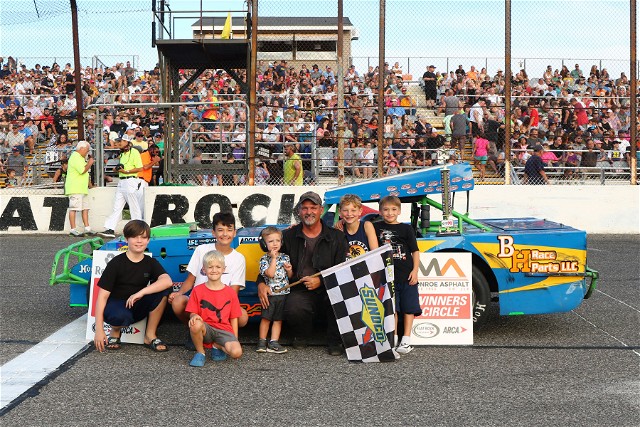 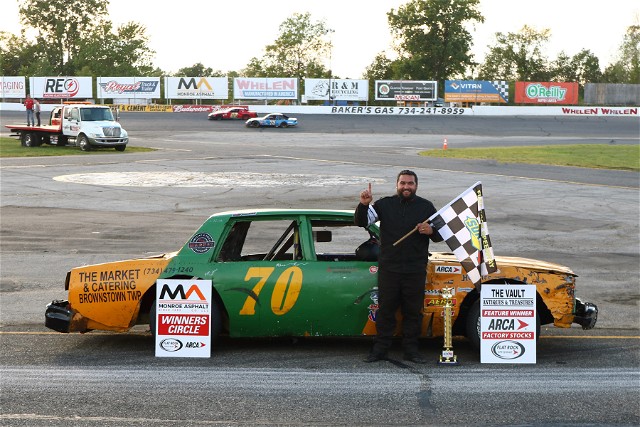 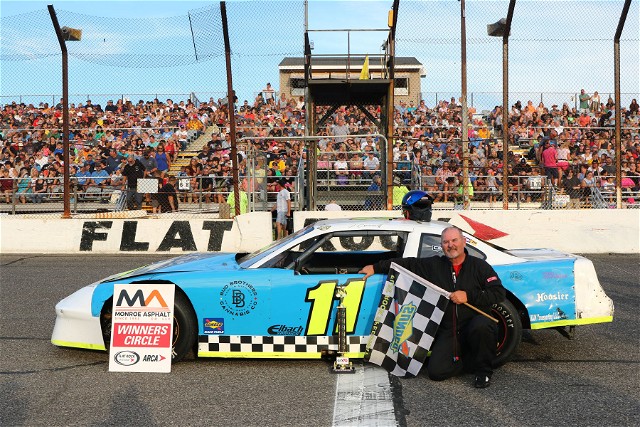 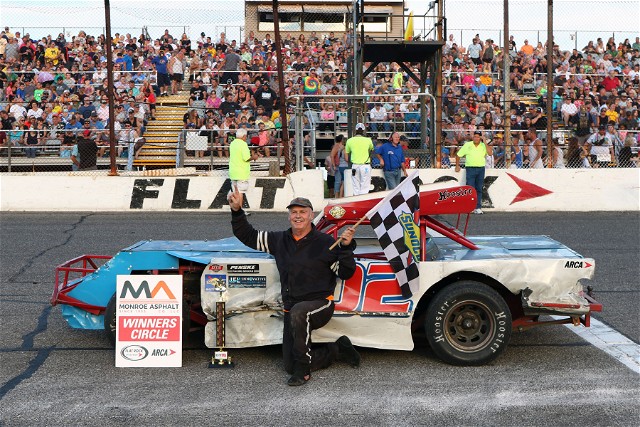 Flat Rock Speedway’s final event of the year is the semi-annual Flat Rock Historical Society Flea Market Sunday, October 2 from 7 a.m. to 3 p.m.  Setup for vendors begins at midnight. A 20’ x 20’ space is $40, first-come, first-serve.  Admission is free.  NO pets are allowed on the grounds.

For additional information on the flea market, call 734-782-5220 or go to www.flatrockhistory.org.