The ARCA DTS Drive Train Specialists Street Stock 25 lap A Main saw current point leader Greg Studt lead every lap on the way to the win.  The top 10 drew for their starting positions and Greg took off on the green flag.  The quick pace saw the pack in constant battle for position as Studt sailed to the win.  Jeremy Vanderhoof and Ron Allen battled for second spot the entire distance and finished in that order.  Kyle Worley was fourth and Steve Cronenwett Jr., in his first Street Stock start in many years, took fifth.  Rob Moore Jr. passed 3 cars in the final 8 laps to take sixth, followed by Kenyon Knight, Johnny Rangel, Rob Randa and Doug Litogot.

Taylor Papineau darted low to make it 3 wide on the first lap, grabbed the point and took the win in the 15 lap Street Stock B Main, topping Mike Miller, Rich Abel, Robert Stewart and Joe Rozek.  Heat winners were Dennis Strickland (in Rob Liedel’s #80), Ron Allen, Austin McKee and Papineau.  McKee’s victory was his first-ever checkered flag.  Moore Jr. set quick time for the 27 cars at 13:305.  Stewart led the B cars at 14:147. 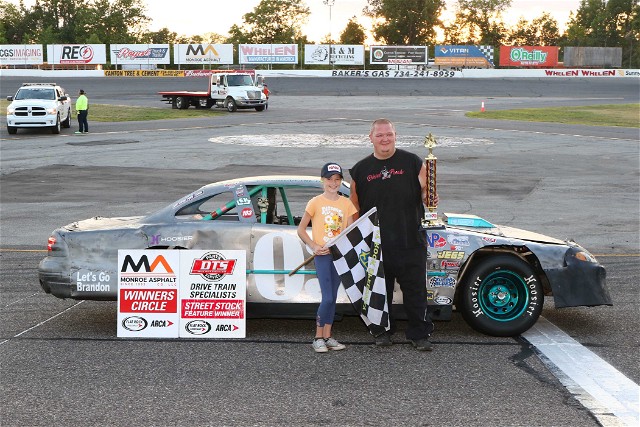 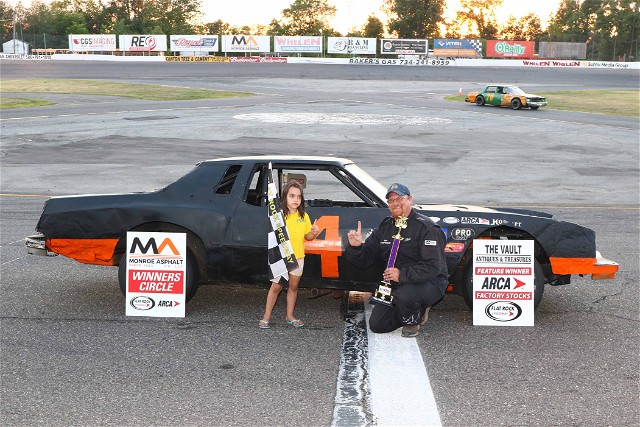 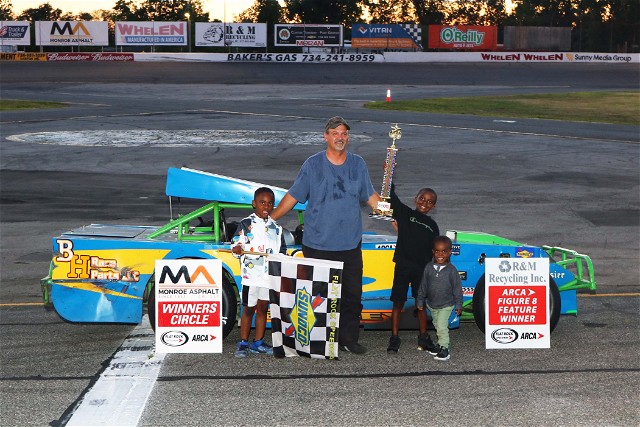 A Friday night special kicks off the month of August at Flat Rock Speedway.  There is no racing scheduled for Saturday night.  Instead, “The Rock” presents a Friday night, August 5 race card, featuring the ARCA Moran Chevrolet Outlaw Super Late Models, the ARCA DTS Drive Train Specialists Street Stocks and a visit from the MCR Dwarf Cars!

For added entertainment, The Play 1st Mobile Gaming Trailer will be at the track from 6:30 p.m. to 8:30 p.m.  This unique setup will provide FREE Video games for race fans of all ages that attend the Friday night special!

There is no advance ticket sale for the Friday, August 5 race.  All tickets will go on sale at the track Friday night at 5:30 p.m.

The complete time schedule has the pit gates opening at 3:30, the ticket office and spectator gates open at 5:30, with race car practice also beginning at 5:30.  Qualifying follows and racing has a special Friday night start time of 7:30 p.m.