Flat Rock, MI—July 16, 2022:  Mom and Dad brought the Kids to Flat Rock Speedway Saturday Night as the track hosted Kid’s Night!  All kids to age 12 were admitted free, received a free hot dog and the first 100 kids through the front gate received a free T-shirt, courtesy of Salenbien Excavating and Trucking of Dundee, MI.

The Salenbien Excavating Late Model Sportsman made their third and final appearance of 2022 at the track.  Jim Froling took the win in the 25-lap feature race.  A great 15 lap, door to door battle for second between Ron Allen and Kyle Worley kept thing exciting, as Froling edged out to only a 2 car-length lead on that duo as they put on a show.  Worley was able to grab the advantage in the closing laps to take second, Allen was third, Howard Kelley Jr. fourth and Todd Perkins fifth, followed by Greg Studt, Jeremy Vanderhoof, Andy Harding, Dan Grigsby, Jim Brazeau and Joe Rozek.  Froling posted quick time at 13:012.  Allen and Harding took the heat race wins.  Froling, Kelley Jr. and Worley each visited by Monroe Asphalt Winner’s Circle at Flat Rock this season, as each posted a win for the class in 2022. 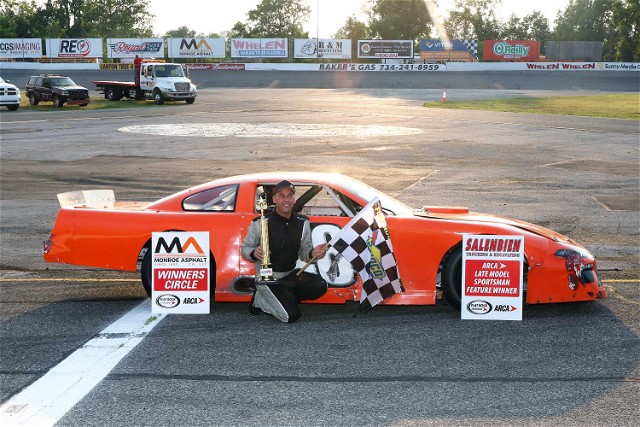 Greg Studt nosed under race leader Johnny Rangel on lap 7 and led the way to the checkered flag to score the victory in the 25 lap ARCA DTS Drive Train Specialists Street Stock A feature event.  Just 1 yellow slowed the action, which saw plenty of battles for position.  The top 8 qualifiers drew for their starting positions.  Rangel and Doug Litogot ran side by side in the early going, until Studt saw an opening and dove to the bottom lane to take the lead and the win in the process.  Jeremy Vanderhoof and Corey Duane followed Greg as they moved up to the front of the pack and that duo finished second and third, with rookie Kenyon Knight also in tow as he grabbed fourth.  Ron Allen moved up from his 10th starting spot to take fifth.  Rob Moore Jr., Rob Randa, Litogot, Rangel and Landon Schuster completed the top ten finishers. 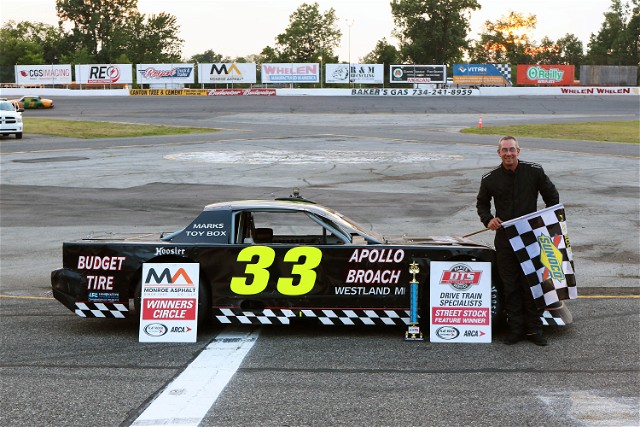 Rich Abel got by Mike Miller on a re-start and sped to victory in the 15 lap B Main, with rookie Chad Olivares next in line at the stripe.  Heat race winners were Schuster, Taylor Papineau, Caleb Barron and Miller.  Fast time honors went to Moore Jr. at 13:217 for the 23 car field, with Abel leading the B cars at 14:363. 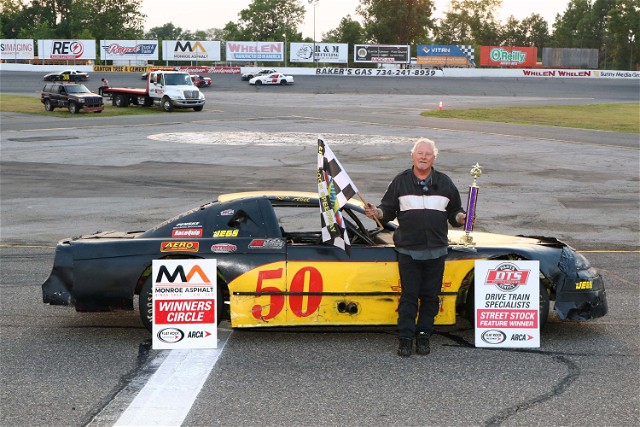 The evening concluded with race #3 of the 4-race The Vault ARCA Enduro Series 250 lap contest.  Early leader Cody Remick gave way to Rayce Metdepenningen and Derrick Sheppard gave chase to Rayce for the rest of the distance.  That duo pulled out to a lengthy lead over the rest of the field.  It appeared that the entire race would go green, but David Rumble lost a tire at lap 242, bringing out the red flag. On the restart, Sheppard reeled in Rayce but came up 2 car lengths short at the stripe. 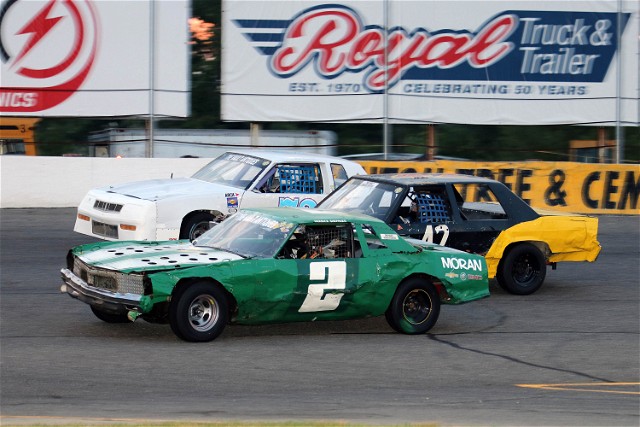 Yee was a championship car owner in the Late Model ranks for over 40 years.  His son, Stan Jr. captured the 2003 Flat Rock title and is entered for the prestigious event.  Stan passed away in 2008.

There is no advance ticket sale.  ALL tickets go on sale at 4:30 p.m. at the track when the ticket office and front gates open.

Race day on Saturday will see the pit area opening at 2:30, practice begins at 4:30 p.m. and the front gates will also open at that time.  Single car qualifying for the 150 will follow practice.  The track’s ARCA R & M Recycling Figure 8 division will also be in action.  Racing gets the green flag at 7 p.m.