A group of Fraza employees gave the command to start the engines and Tony Bowne, representing Fraza, presented the hardware to the winners in the Monroe Asphalt Winner’s Circle.

Evan Varney led the first 10 laps until local favorite Ethan Stadniczuk took the top spot.  Ethan held the point until lap 27 as Crump edged up on the leader.  Kyle grabbed the lead and never relinquished it the rest of the distance on the way to the victory in the 125-lap feature event.  Stadniczuk was very impressive in his run for the night, with a very popular second place run, third went to another local favorite, Justin Schroeder, fourth was Kevin Cremonisi and fifth was Evan Shotko, followed by Nick Egan, Eddie VanMeter, Steve Dorer, Billy VanMeter and Dakota Stroup.  18 of the 23-car starting field were on the track at the finish.  Cremonisi set quick time at 12:285. 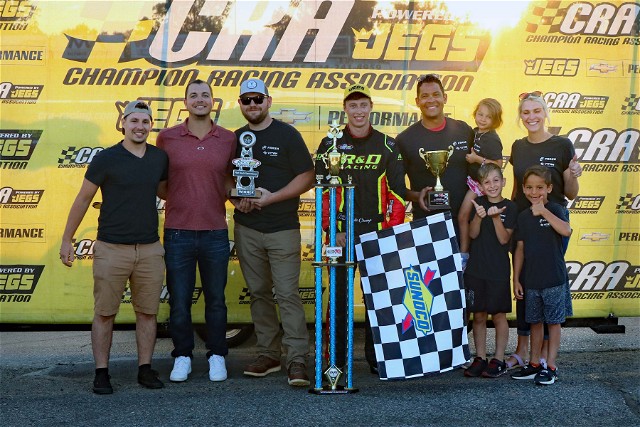 Harold Fair Jr. blistered the field as he zipped to the win in the 75 lap feature race for the ARCA Moran Chevrolet Outlaw Super Late Models.  Fair, the fast qualifier (11:876), started fifth and quickly challenged race leader Eric Lee for the lead.   A couple of early yellow flags slowed the action.  After several laps of side by side, door to door racing with Eric, Harold took the point on lap 10 and with all-green flag racing for the remainder of the event, he sailed away to his second win in a row at Flat Rock.  Lee took second, Dennis Strickland was third, Scott Hantz fourth and Conner Zbozien was fifth, with Stan Yee Jr., Paul Pelletier, George Rangel, Chris Benson, Joshua Spindelman, Derrick Sheppard, Guy Fire, James Pankow and Scott Pemberton completing the finishing order. 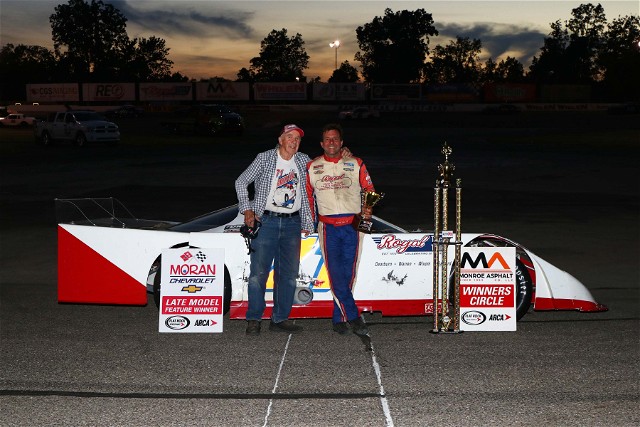 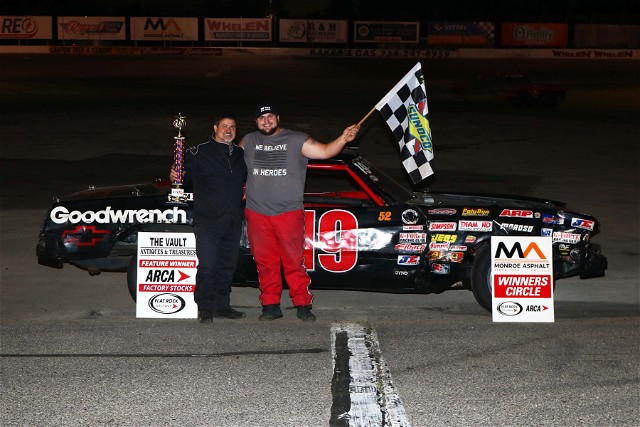 The complete results can be found at www.flatrockspeedway.com.  Click on the schedule/results tab.

Saturday, June 25 is the biggest race of the season for the ARCA DTS Drive Train Specialists Street Stock division as they go to battle in the Corrigan Oil 100 lap main event for the $1000 winner’s share.  A 25 lap B Main is also on the race card.  The MCR Dwarf Cars will make their first of 2 appearances this season for the Steve Martin Memorial and the evening will be capped off with The Vault ARCA Enduro Series 250 lap race.

There is no advance ticket sale.  All tickets go on sale at 4 p.m. on race day at the track.  The front gates and practice also begin at 4 followed by qualifying.  Race time is 7 p.m.