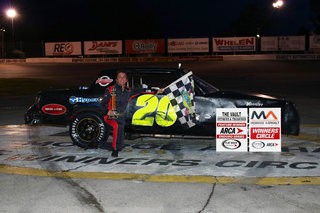 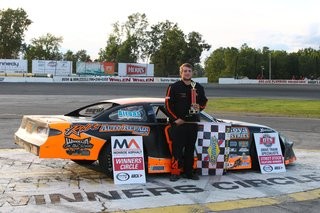 Pursuit races took the place of the heats, with Patton and Litogot taking the wins. Rookie Litogot’s checkered flag was his first-ever.

The speedway will be the site of the Flat Rock Historical Society Flea Market Sunday, October 6 from 7 a.m. to 4 p.m. Admission is free to the grounds. Vendor spaces are $40 each for a 20 x 20 space, and setup begins at Midnight. No pets are allowed. Spaces are on a first-come, first-serve basis. There are no advance reservations for spots.