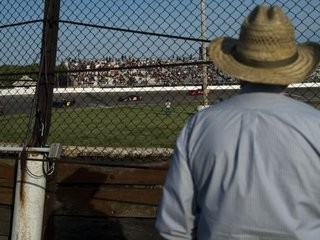 Flat Rock — Justin Schroeder once had dreams of competing on the biggest stage in motor sports, traveling across the United States to test his talent against the best drivers in NASCAR.

Now, at 30, Schroeder is content to test his ability on the quarter-mile track at Flat Rock Speedway, spending Saturday nights with his friends while trying, of course, to beat them.

Some drivers travel for hours to test their skills on Flat Rock’s track while some fans also make the long journey to see quality racing in the Outlaw Super Late Model series instead of watching races just minutes from their own homes.

Flat Rock Speedway is the place to be to watch Street Stock and Late Model racing, especially this past Saturday, when the Diamond Racing Products Joy Fair Memorial 100 was the featured event with a $2,500 grand prize.

And, it was Schroeder who came away with the victory, taking over the lead on lap 64 after Steve Needles and Brian Bergakker tangled up in Turn 1, then held off Harold Fair Jr. of Milan on multiple occasions down the stretch.

Schroeder has enjoyed tremendous success at Flat Rock Speedway, but nothing is better than winning the Joy Fair Memorial 100, the race in honor of the late Joy Fair, who won 159 feature race wins at the track, nearly four times as many as any other driver.

Schroeder, who is from Westland, came to Flat Rock Speedway when he was young, running go-karts in his pre-teen years, then moving on to Street Stock, then Late Model.

“I started running Street Stocks in ’03, Late Models in ’06,” said Schroeder, who has eight Late Model feature race wins at Flat Rock, including both of the events this year. “It’s a pretty racy track. It’s got two grooves and getting on the outside here in the little bowl brings a lot of fun. It’s not hard on the car and just the outside groove, getting up there and turning fast and working the outside makes it a lot of fun.”

Schroeder got his first taste of Flat Rock in the mid-’90s.

“I raced go-karts here back in ’95, then we traveled around and did a lot of that different stuff until we were old enough to race cars,” Schroeder said. “We’ve had a lot of success here. This is one of my favorite tracks. We won opening night a couple of weeks ago. We won a series championship here in ’15. We’ve won all the big races, the Joy Fair and Stan Yee (150 laps), had a lot of success, a lot of fun.”

So, did he have dreams of competing in NASCAR? 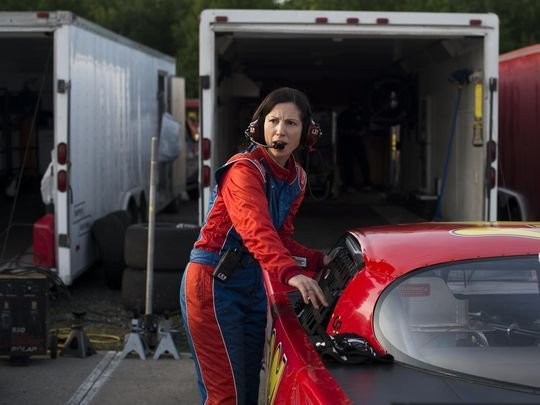 Clarity Patton talks to her crew as she helps racer Tom Cronenwett, not pictured, before his race at Flat Rock Speedway. (Photo: Rachel Woolf / Special to The Detroit News)

“I did at one point, but now I’m pretty well settled in,” said Schroeder, who owns a car-hauling business. “It takes a lot of money (Xfinity, NASCAR series) and that makes it tough, but I really enjoy what I do. It’s only 25 minutes down the street from the house. I have a lot of friends here. I help a lot of people and I probably enjoy that the most.”

Schroeder was especially happy to defeat Terry Senneker Saturday night. Senneker made the trip from the west side of the state.

“It was really cool, a lot of good cars there so it was a big win for us; it was our second in a row, which is something we had never done before,” said Schroeder, who also won the Joy Fair Memorial in 2014. “This was our best win because of the amount of talent there. The one guy I was racing against, Terry Senneker, he’s the one that builds my cars so he knows pretty much every trick in the book to make speed, and the other guys like Steve Needles and Brian Bergakker, all of those guys travel around and win all the big-money races.

“Really, to run with them all day, compete and then get the win at the end was really cool, gratifying and rewarding with all the hard work. We’re low-budget guys and those guys, I’m not saying they're rich, but they definitely have a lot of money behind them. My team is family-oriented where my parents own my car so it’s really worth it.”

Craig Everage didn’t think twice about making the three-hour trip from his home in Angola, Indiana, to compete Saturday night.

Everage, 42, owns a used-car business and puts thousands of dollars into his racing annually. He has competed in racing for since his early 20s.

Everage was behind the wheel of his transporter, trying to slither between two others in the pit area just after 3 p.m. with some drivers already on track for practice. 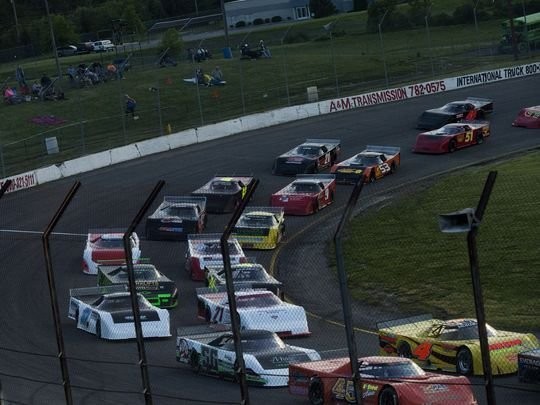 “I think I’ve raced here now for three or four years, probably raced here 10 times total, maybe 12,” Everage said. “It’s a good track and a lot of good competition. ARCA runs a nice program, always starts on time, has good safety equipment. ARCA owns this speedway, and it’s a professional series that is run professionally and that’s why we travel two to three hours to get here.

“I’ve run really well here, actually won one last year, probably should have won a couple more, but got in a little hurry, bumped out the leader. I’m always about fast time and it’s very fast here.

“Really, there’s great competition here. I like to run against the best in the business. Competition drives my soul. It drives my spirit. It’s what it’s all about.”

Everage said he spends $2,000 every time he comes to race.

“You spend about two thousand dollars, that’s not the car or the motor or anything, just two thousand every time you come, and that’s if you have no damage or problems,” Everage said. “The car is probably $50,000; you can spend upwards of $100,000, the same for this (transporter). I don’t have any sponsorship. I just own my own business and it pays for it. I own a car lot called Everage Auto and it’s a nice place in Angola; been there 13 years now.”

Everage said he has Angola Speedway near him, but it doesn’t run his type of car. He could have gone 45 minutes from home in New Paris Speedway in the Elkhart/South Bend area with the winner receiving $3,000 Saturday night, “but I chose to come here, three hours, because I know all the guys here and this is the best competition in the United States for these cars.”

Everage was happy he spent the Saturday of Memorial Day weekend at Flat Rock, even if he didn’t have the ending he wanted.

“I ran real well, with about 17 laps to go I was sitting on the outside front, second place for a restart and thought I had a chance to win, had a very good car, was right where I needed to be and had a tire go down, right front tire went flat in the last 10 laps,” Everage said. “I waited, waited and waited, stayed right there in the top four or five the whole night, caution came out with 17 laps to go and the second-place car, Terry Senneker, pulled in (with a problem) and that put me outside of Schroeder for the lead on the restart. I tried to stay with him, like one lap and I must of ran over something.

“It was great though, raced with some of the best drivers in the country all night long at the top, lapping cars. I had a great race. Everybody raced good. It was a lot of fun.”

Mike Williams of Urbana, Ohio, made the three-hour trip to watch Schroeder, Everage, Senneker and the rest of the field compete at Flat Rock.

And, it’s not that Williams didn’t have options. 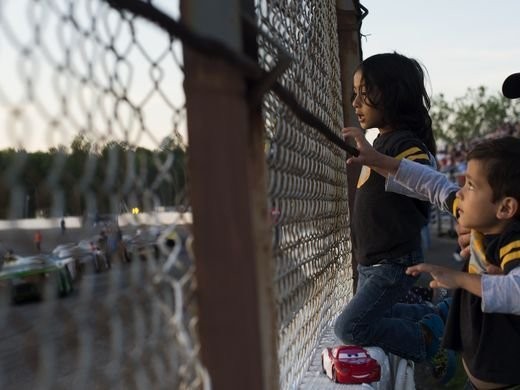 From left, Talon Bailey, 6, reacts to the scene on the race track as his brother Archer Bailey, 6, both of Ohio, is lifted higher on the wall for a better view. (Photo: Rachel Woolf, Special to The Detroit News)

“I live by Shadybowl Speedway, which is 10 minutes away from home, but I love this track, so when they got the Super Late Models and the big race I come,” said Williams, 53. “They had a big weekend event going on at Shadybowl, but I like this place better. This place is just a neat little track.

“This place has a sister track in Toledo, a half-mile track that’s a whole different animal, it’s just so fast. A lot of guys are scared of Toledo so they come here instead. I love this place here.”

Williams is a friend of Everage and Scott Hantz, also from Angola. He also enjoys watching Paul Pelletier of Trenton.

“We like coming out every Saturday night and watching Street Stocks and Late Models,” said Wallman, who attends races with his brother and nephew. His brother Tony occasionally works in the pits for Street Stock driver Guy Fire. “We’re just race fans in general. I love the short tracks. I go to Richmond twice a year, a short track on the NASCAR circuit. I love the beating and banging. I just love racing in general.”