Flat Rock, MI-August 13, 2022:  Jeremy Vanderhoof picked up 2 wins on the night and Eric Lee grabbed another win on Flat Rock Speedway’s Autograph Night Saturday.  Rain fell around much of the area for a better part of the day, and finally hit the track with just 2 cars left to qualify.  When the rain stopped, the cars were staged on the track for the autograph session, which allowed the track to dry and for the show to be completed. 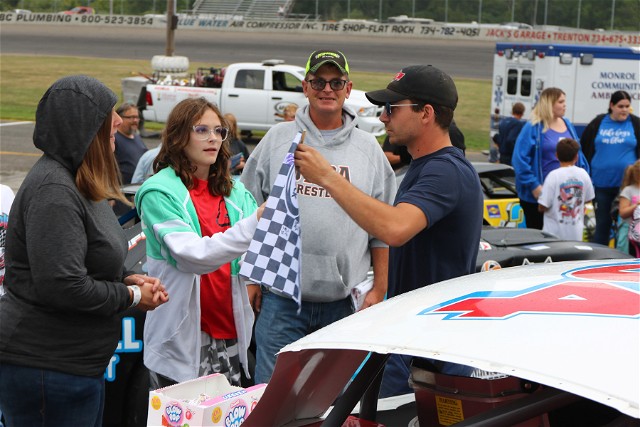 The heat races were scrapped and feature events only were contested.  Track officials and the race teams worked together to keep the show moving.

Vanderhoof grabbed the lead from Paul Hahn in the Street Stock contest, then battled with Greg Studt as that duo pulled away from the pack.  With 2 to go and approaching lapped traffic, Studt nosed up into Jeremy as he spun.  Studt took responsibility for the incident, giving Vanderhoof back his number 1 spot.  Jeremy held on to take the win over Kenyon Knight, Rob Randa, Ron Allen, Hahn, Steve Cronenwett Jr., Collin Barron, Landon Schuster, Johnny Rangel and Austin McKee.  Vanderhoof also posted the fast time for the 26 car field at 13:251.

Taylor Papineau battled with Bob Stewart, finally edging out front on lap 10 and took the win in the 15 lap Street Stock B Main feature.  Rich Abel, Mike Miller and Aaron Greathouse were next in line at the stripe.  Greathouse led the B cars in qualifying at 13:996. 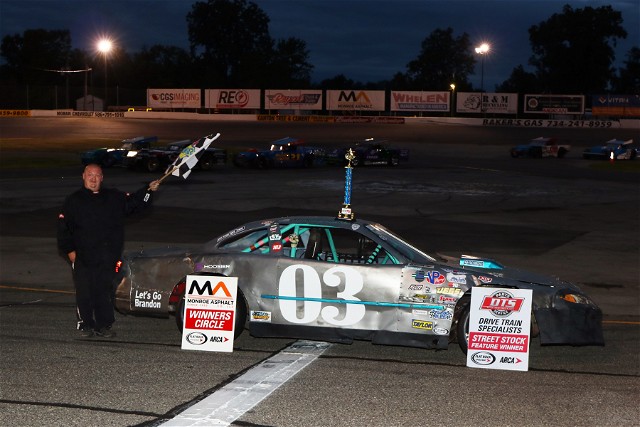 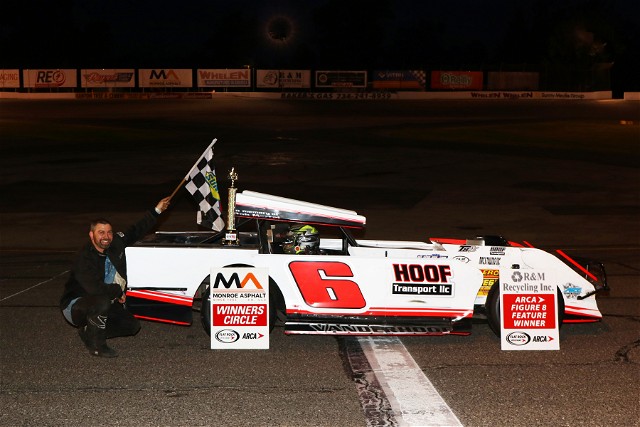 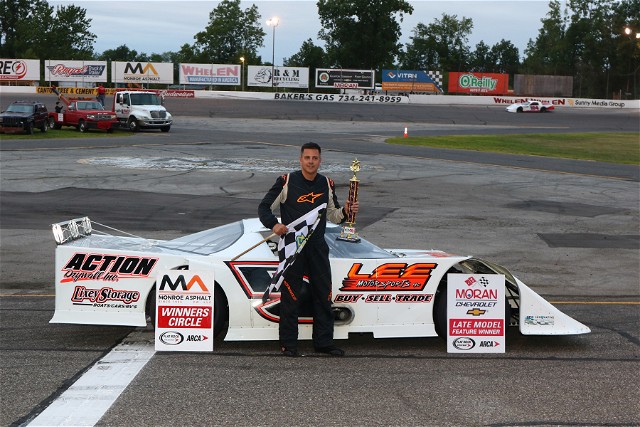 Practice begins at 5 for the race cars, while the front gates and ticket office also open at that time.  Racing begins at 7 p.m.

There is no advance ticket sale for this event.  ALL tickets go on sale race day at the track at 5 p.m.

Rob, we have not ben able to buy D800s since mid-July and have been told no more will be produced until at least mid-September, which as we know is too late to help us at Flat Rock. Scott called around to other tracks to see if we could swap out some of our 84.5s for a better stagger but that size seems to be all anyone has in the D800s. We apologize for the lack of stagger, we are in the same boat as most every track--unable to buy tires in the quantities and stagger we need.

what is going on with tires how come there are no right sides for some?