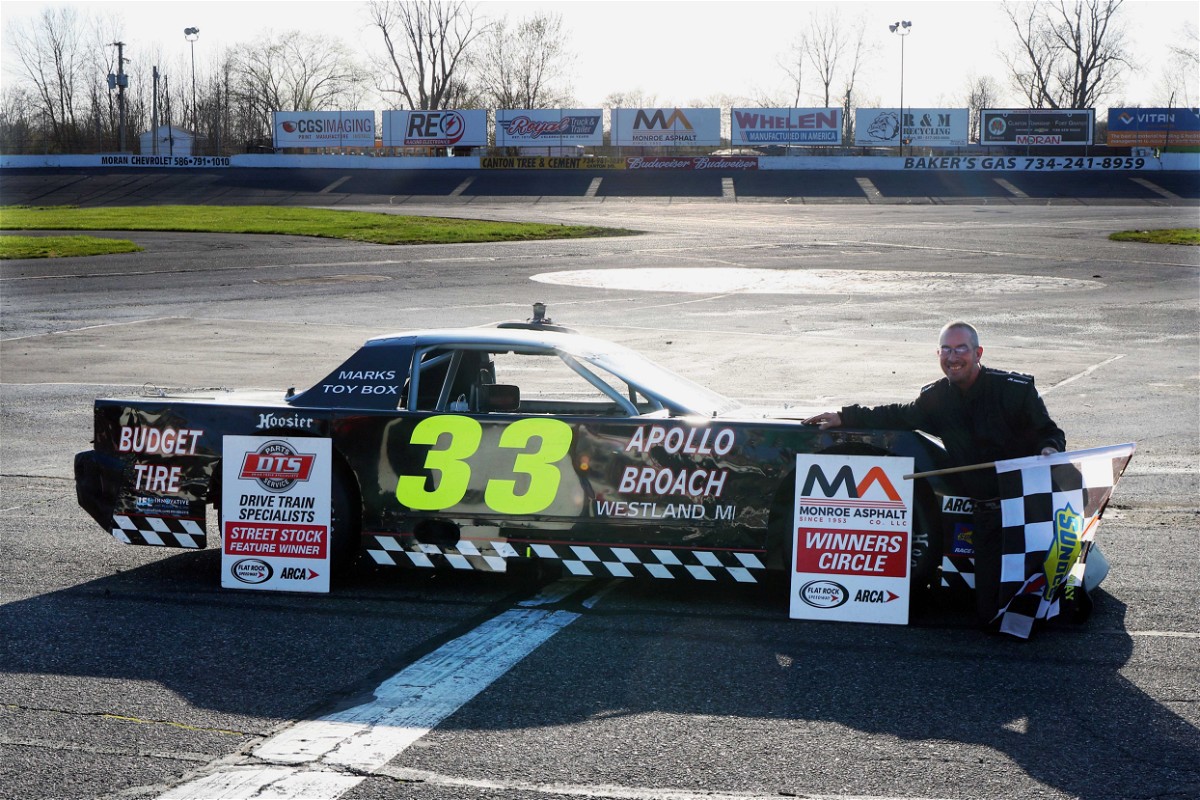 The 15 lap B Main was all Robert Stewart, as he powered his way to the win over Mike Miller, Evan Batkins, Landon Stark and Rich Abel. The win was Stewart’s first-ever feature checkered flag. 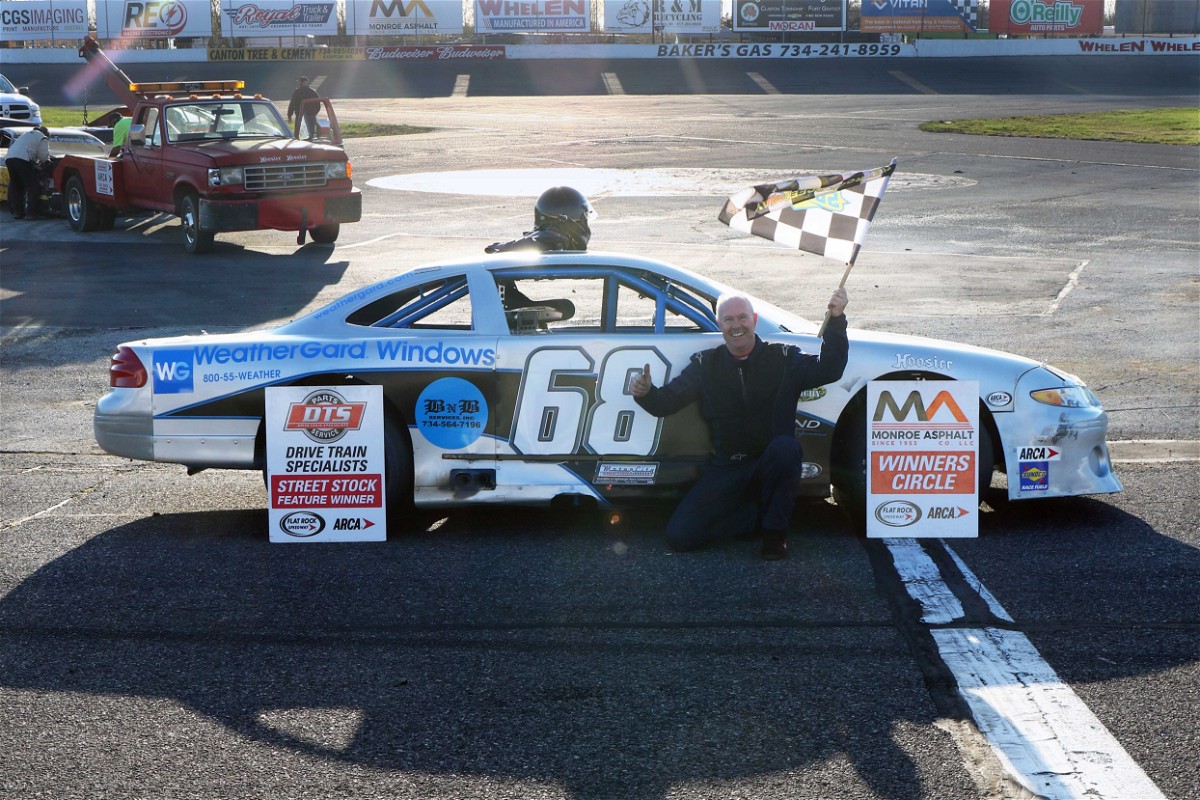 A short field took the green flag of the ARCA R & M Recycling Figure 8-20 lap chase, as Brice Thomsen topped Jakob Lee by 2 car lengths on his way to the win.  A fast-closing Billy Earley was third, Jeremy Vanderhoof fourth and Dennis Whisman Jr. fifth, with Eugene Worden and Stephanie Bradley next in line at the finish. 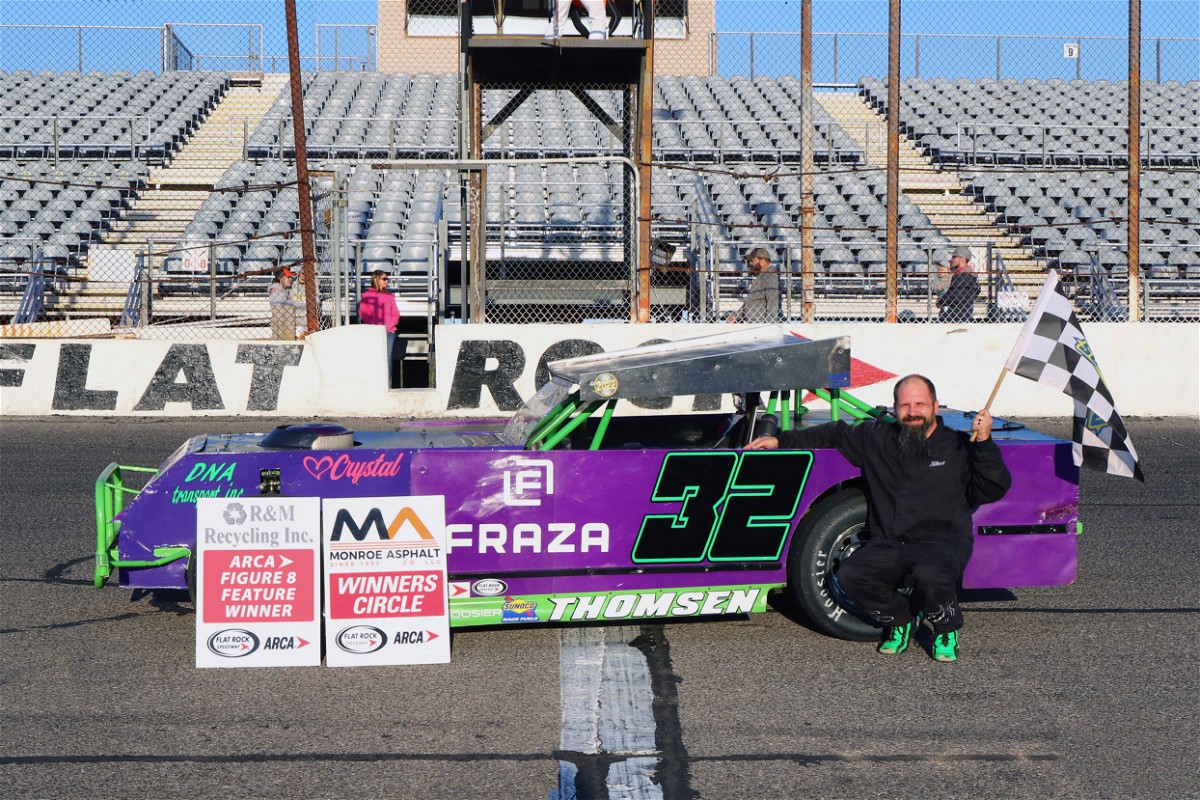 Afternoon racing continues Saturday, May 14 at Flat Rock Speedway, as Jack’s Bicycle Autograph Day and Scout Day on the schedule.  All Scouts will be admitted free!  Fans can walk onto the track and meet the drivers at 3, with racing at 4 p.m.  Former NASCAR star Ken Schrader will race in Rob Moore’s Street Stock number 82 and also in Dennis Strickland’s #90 Outlaw Super Late Model.  The Figure 8 division will also be in action.

Gates and ticket office open at 1:30, autograph session is at 3, and racing begins at 4 p.m.