September 4, 2021:   A sold out, standing-room only crowd jammed Flat Rock Speedway Saturday night for the CNV Enterprises School Bus Figure 8 races.  The final race of the 2021 season at “The Rock” saw a variety of events to entertain the fans.  The School Bus Figure 8 race served as the finale’ of the night, with Rob Moore Sr. taking the win.  The story here is just a taste of the incredible action and oval track racing that entertained the crowd as the curtain closed on the 2021 racing season.  Rain began to fall 15 minutes after the show was completed.

Andy O’Bryan of CNV Enterprises and his family presented the trophies to the winners in the Monroe Asphalt Winner’s Circle. 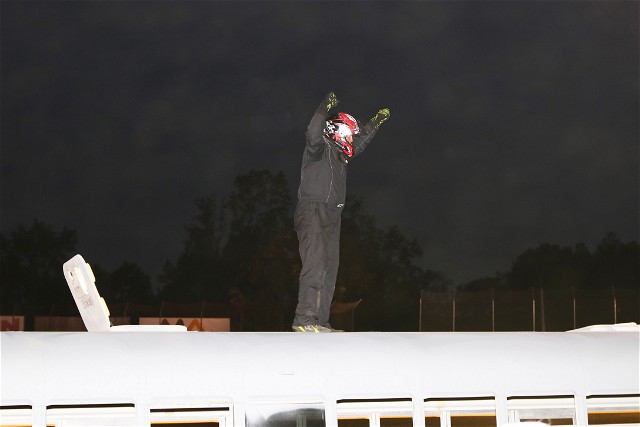 The bus race started off quickly as Jack Franzil got over on his side on the 2nd lap.  Jack’s bus was rolled back over and resumed action!  Rob Moore Sr. motored out front until the race was again stopped when Sam Mills dropped his bus over, much to the delight of the roaring crowd.  Mills got his bus to start again after being turned back over, and he too, returned to action.  Moore stayed out front, took the checkered flag and then got plowed by Jakob Lee, knocking the driveshaft out of his ride.  Chris Benson, Ethen Lambert and Dennis Whisman Jr. were the other drivers.

Dave Lambert won the Boat Figure 8 race that was highlighted by some incredible crashes as the field destroyed the boats and trailers!  Ryan Mallory plowed into John Lambert’s boat, got airborne and went over the top and landed on a disabled trailer, but kept going, boat and all still attached!  Dave stayed in command to win over David Hanna, Kevin Stepinski, Mallory, Hunter Padgett and John Lambert. 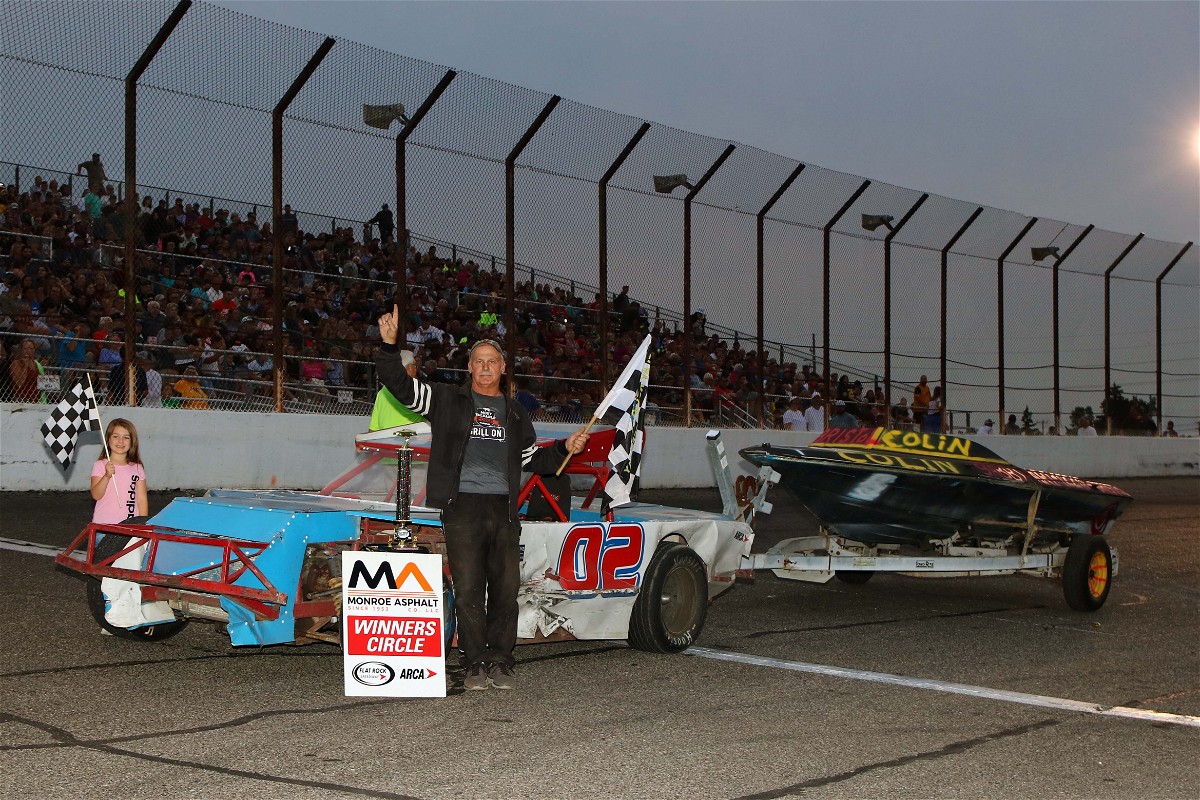 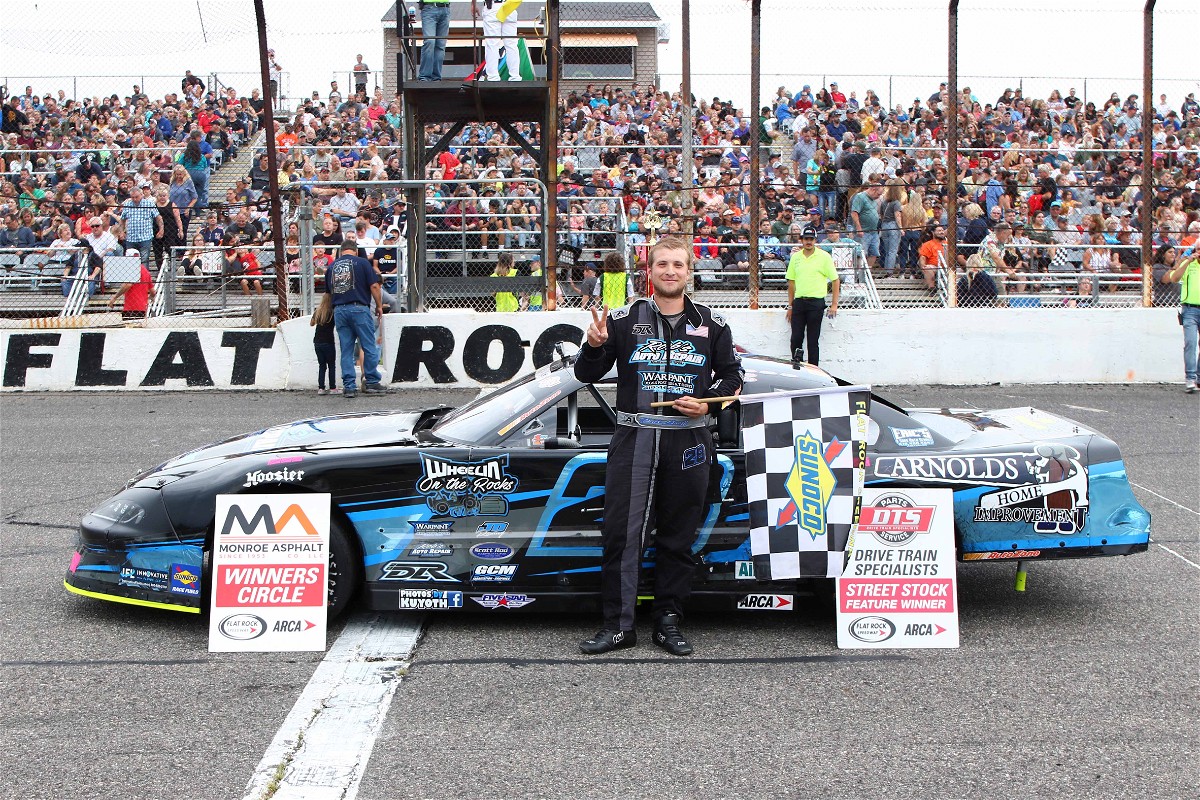 The ARCA Figure 8 feature race saw outstanding competition as the battle for the lead went on lap after lap.  Eugene Worden, looking for the win, led the pack of Dennis Whisman Jr., Billy Earley, Jeremy Vanderhoof and Greg Studt lap after lap.  With 2 to go, Vanderhoof got to the door of Whisman, snuck under Dennis and then slid by Worden to take the checkered flag in a sensational battle up front.  Worden, Whisman Jr., Earley, Studt, Jakob Lee, Ethen Lambert, Brice Thomsen, Dave Lambert, John Lambert, Stephanie Lambert and Johnny Whisman completed the running order.  Vanderhoof set quick time at 21:091. 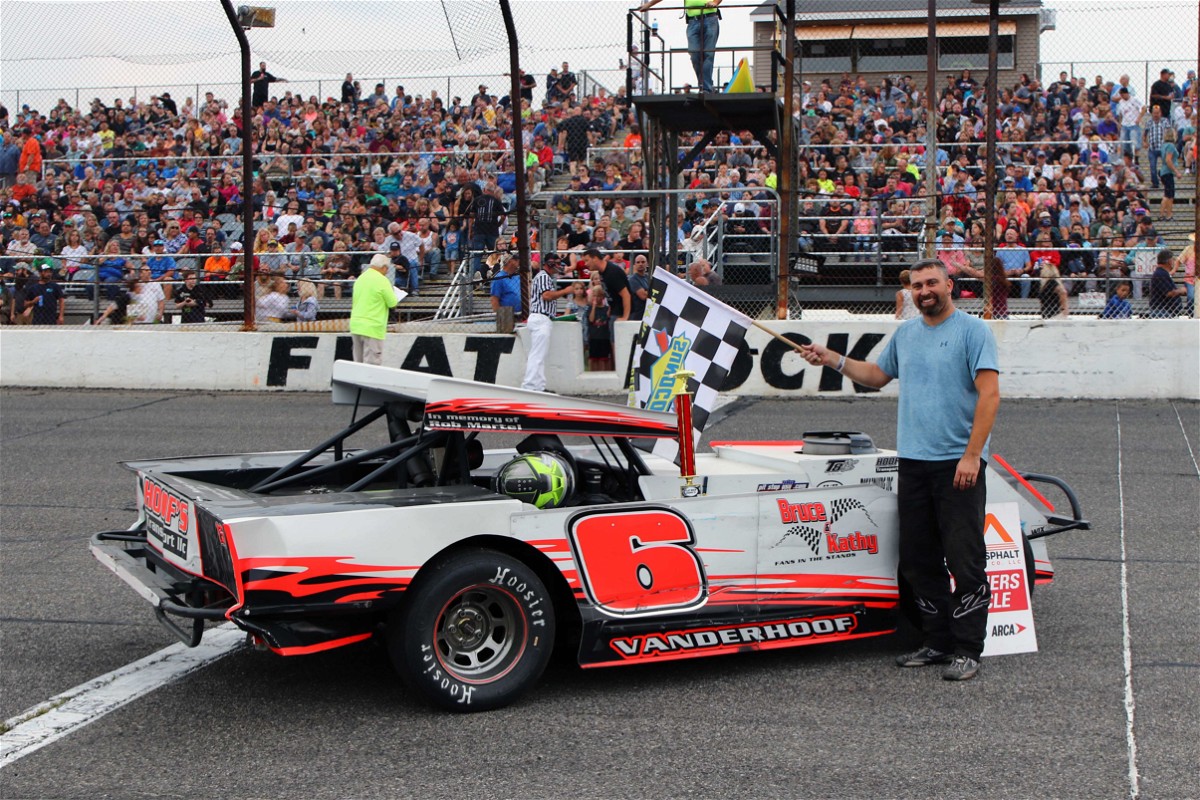 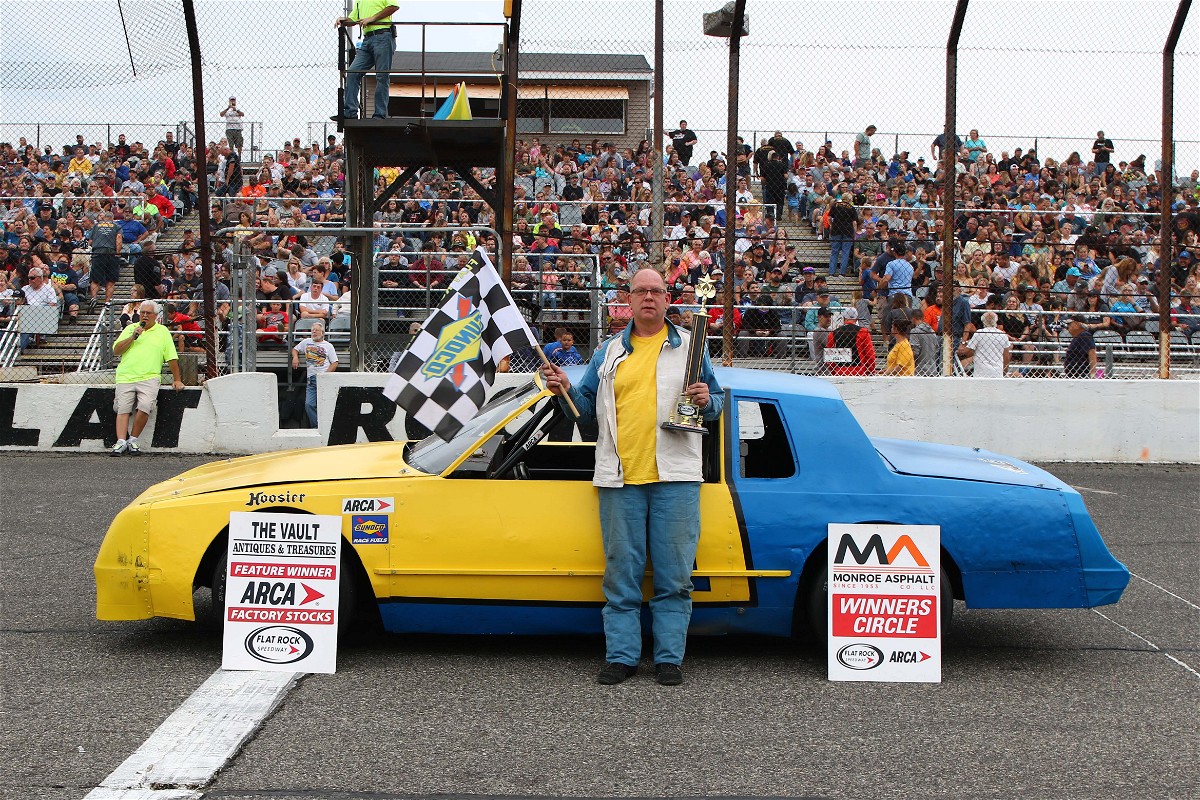 The Flag Pole race brought the crowd to its feet as Kevin Stepinski pushed his 4 cylinder to the win, as he nudged Dennis Whisman Jr. to the wall coming out of turn 4 to take the victory.  Hanna, Thomas, Mallory, Justin Peterman, Paul Martell, Hunter Padgett, Miller, John Lambert, Dave Lambert, Worden and Lee trailer the top two. 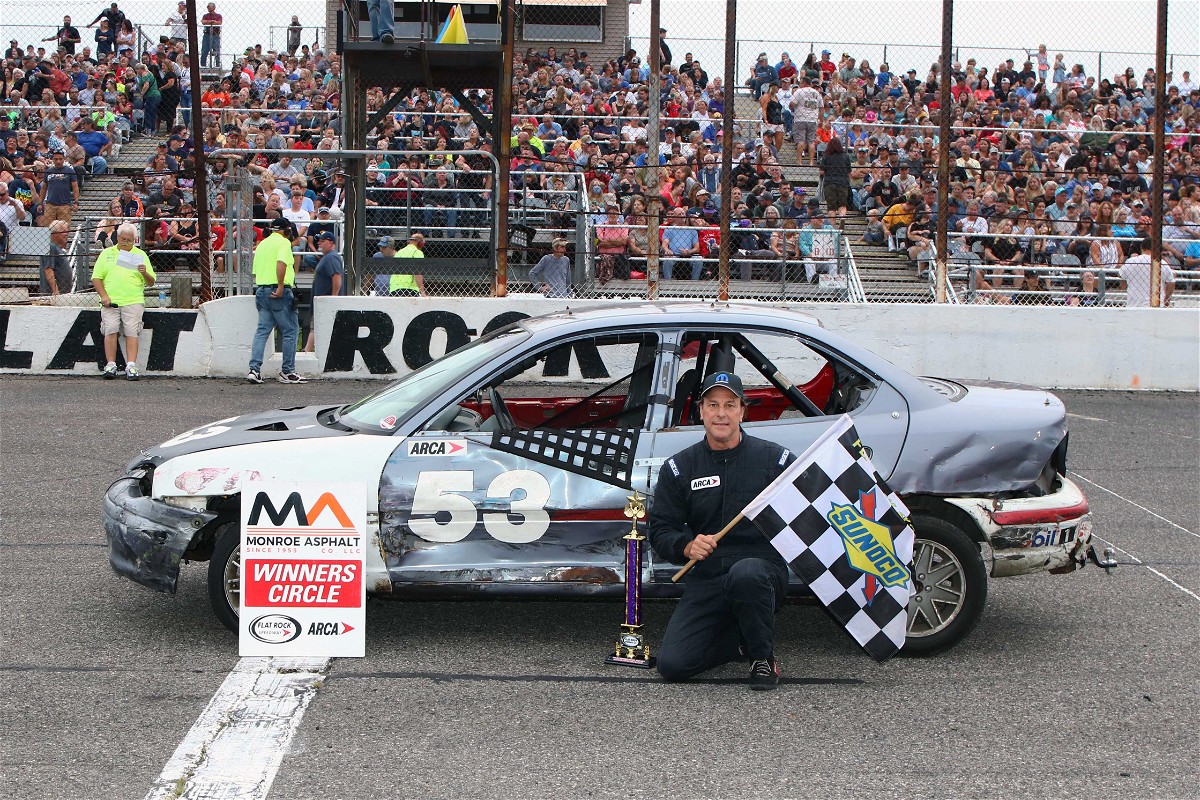 The track has one event left on this year’s calendar-the Flat Rock Historical Society Flea Market to be held Sunday, October 3 from 7 a.m. to 3 p.m.  Vendor setup begins at midnight.  Vendor spaces are $40 each for a 20 foot by 20 foot space, and are on a first-come, first-serve basis.  Admission to the grounds for the market is free.

For additional information, go to www.flatrockhistory.org.