August 28, 2021:  Derrick Sheppard was victorious in The Vault Antiques and Treasures ARCA 250 lap Enduro Championship race Saturday night at Flat Rock Speedway.  Despite the hot and humid conditions, the event was run in its entirety.  A race within a race for the Enduro title saw second-generation drivers Kyle Metdepennigen and Nathan Sprotberry tie for the over-all point championship at the track.  Brian Oberle of The Vault presented the trophies and greeted the champions in the Monroe Asphalt Winner’s Circle. 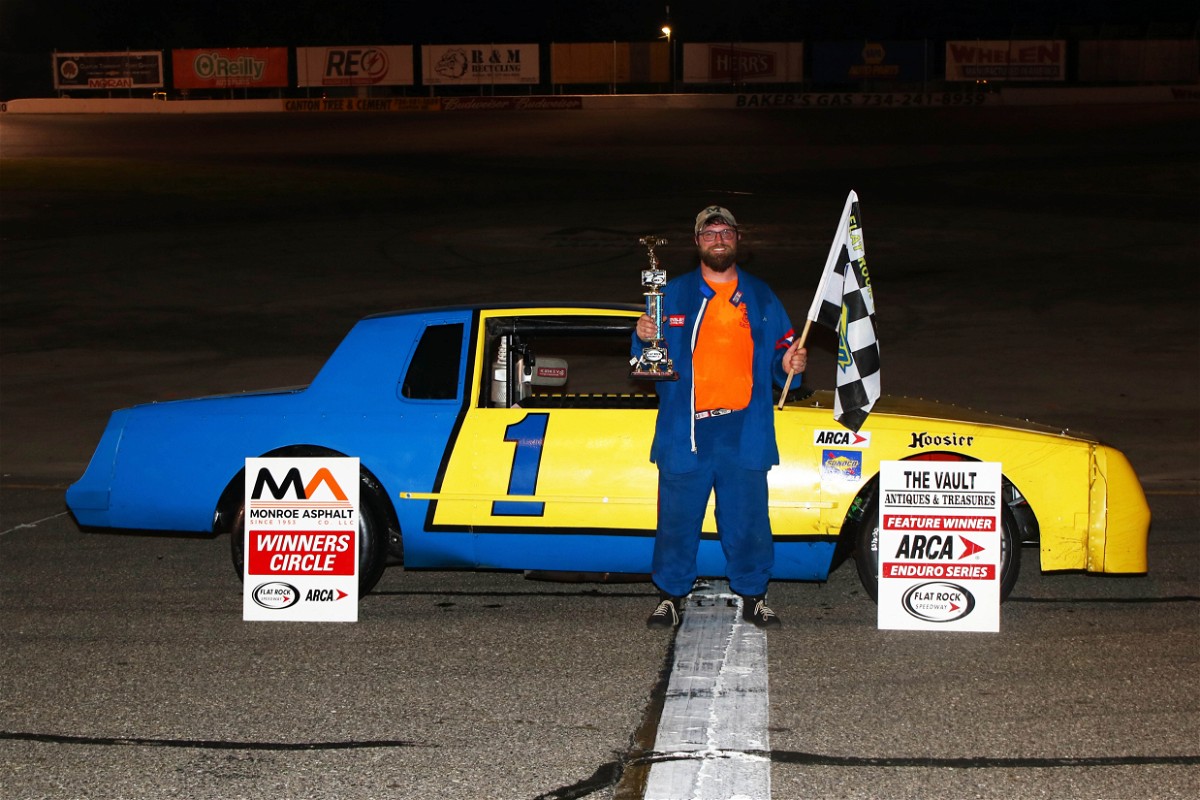 Sheppard built up a 1 lap lead on Sprotberry and Robb Remick and kept that margin over the final 100 laps.  Kyle’s night started out on the wrong side, as a fuel leak appeared as the race began, sending him pit-side to take care of the issue.  He returned to the track down a few laps, but, however, was able to maintain position and garnered enough points via his finish to tie with Sprotberry for the 2021 track championship.

Tickets are now on sale by calling the track at 734-782-2480 from 9 a.m. to 5 p.m. Monday through Friday, or by stopping at the track office during those times.  Both reserved and general admission tickets are on sale.