Brian Bergakker took the lead on lap 77 and sped on to win the Moran Chevrolet/Stan Yee Memorial 150 presented by DTS Drive Train Specialists for the ARCA Moran Chevrolet Outlaw Super Late Models Saturday night at Flat Rock Speedway.  The win was Brian’s third in a row in this event.

All the teams worked tremendously with track officials to complete the event as storms approached and hit the track 20 minutes after the Figure 8 feature ended.

Bergakker, along with a few other drivers, were overcome with heat exhaustion brought on by the humid conditions during the 150-lap contest.  Pat Moran of Moran Automotive Group and Ann Yee, Stan’s widow, presented Brian with the trophy in the Monroe Asphalt Winner’s Circle. 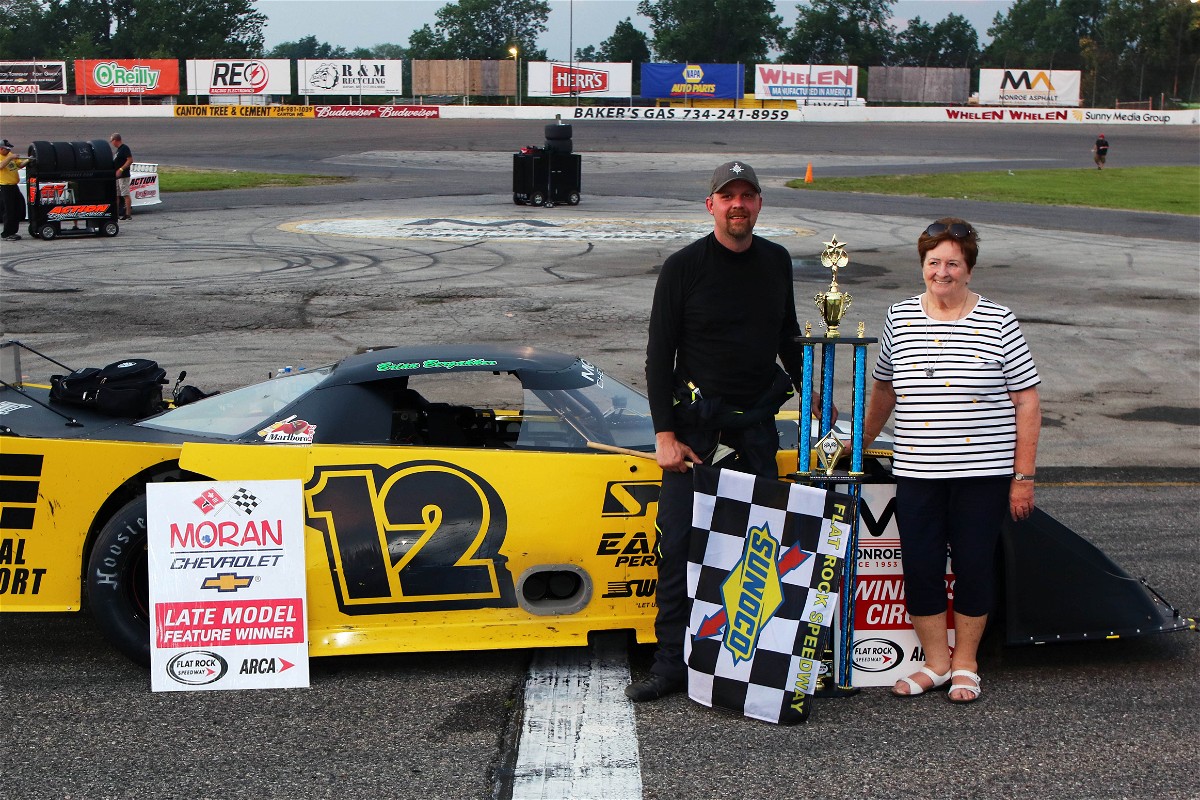 Berggaker also set fast time (11:680), with 16 cars in the 20-car field in the 11-second bracket.  With the 12-car inversion, Harold Fair Jr. and Eric Lee brought the field to the green.  Fair Jr. zipped out front and built up a solid lead over the rest of the pack in the early going.  His advantage was wiped out with a yellow flag on lap 32, and on the restart, Lee took the top spot.  Fair battled back and regained the point on lap 36.  Fair Jr. again had a good margin over Lee, while Steve Cronenwett Jr. and Justin Schroeder began their march to the front of the pack.  Cronenwett’s fine run ended on lap 60 with a broken belt.  Fair Jr. exited with mechanical issues while running second on lap 71.  Lee, who took the lead again on lap 65, now had the company of Schroeder, Craig Everage, Conner Zbozien and Bergakker.

The second half of the event ran with only a couple of yellow flags.  Bergakker began his charge to the front and took the number 1 spot on lap 77.  Schroeder gained a bit of ground on the the leader, but pitted with a flat tire as he stopped on the track to bring out the yellow.  Bergakker took off again on the restart and kept his lead as the race neared the finish.  The win was his second of the season at Flat Rock and third in a row in this event.

Zbozien used the second groove to get by Everage in the closing laps to finish with a strong second, Everage was third, Hayden Sprague fourth and Stan Yee Jr. fifth.  Lee, Frank Jiovani, Paul Pelletier, Mike Root and Dennis Rederstorf were next in line to round out the top 10.

The 25 lap ARCA Figure 8 feature went to Jeremy Vanderhoof as he topped Dennis Whisman Jr., Greg Studt, Jakob Lee, Eugene Worden, Brice Thomsen, Dave Lambert, Stephanie Bradley, Billy Earley and Carole Asztalos.  Vanderhoof tangled with Thomsen at the intersection on lap 9, sending Jeremy spinning down the track, into the infield grass and continuing on despite the contact.  The red flag for debris on the track stopped the action.  On the restart, Vanderhoof continued in control on his way to his first win of 2021.  Earley set quick time at 20:867.  Billy dropped out with mechanical issues while running up front in the closing laps of the event. 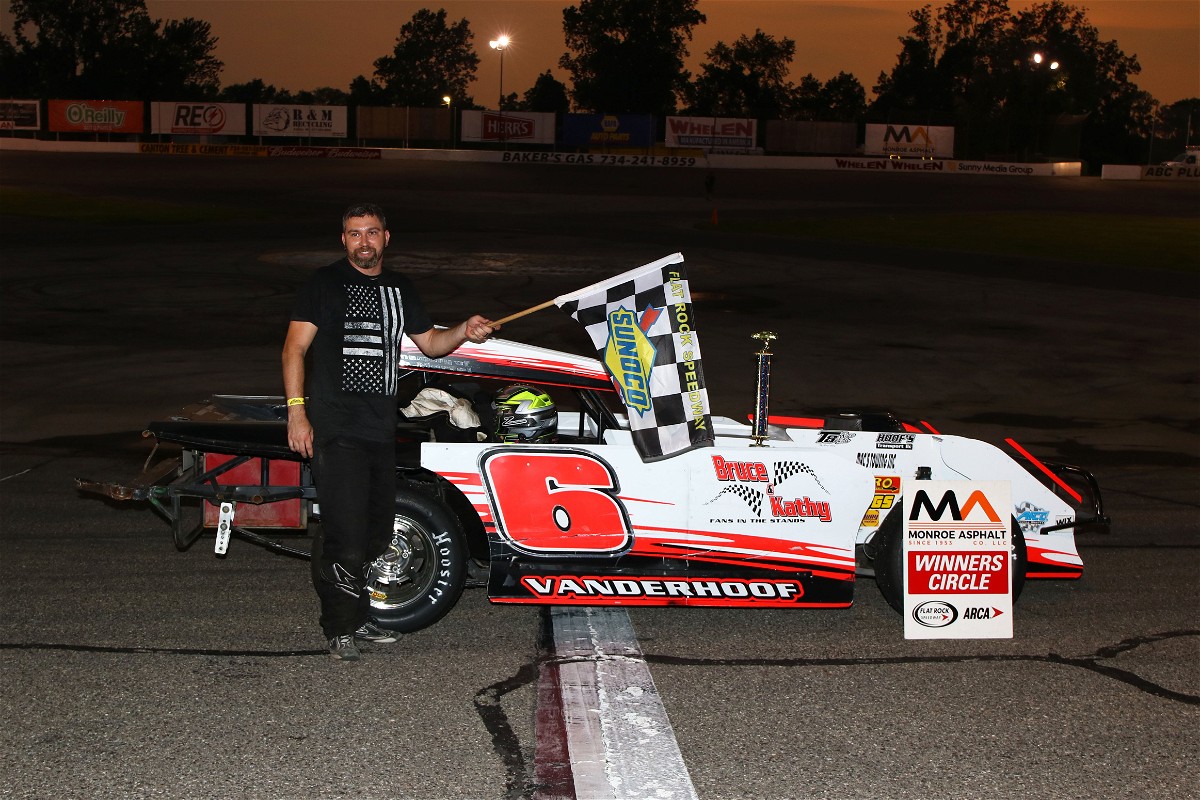 Fans can walk onto the track and meet all the drivers this Saturday, July 31 for Autograph Night!  The ARCA Moran Chevrolet Late Models, Figure 8’s and DTS Drive Train Specialists Street Stocks will all be in action.

The pit gates open at 2:30, practice will begin at 4:15, the on-track autograph session is at 6 p.m. and racing gets the green flag at 7 p.m.  There is no advance ticket sale for this event.  Tickets will go on sale at the track on race day at 4:15 when the ticket office and front gates open for the night.