Franzil rolled his bus with an assist from Kyle Worley as the crowd roared during the School Bus Figure 8 finale’ of the night.  Jack’s bus was put back on all wheels/tires and continued on as Franzil took the win.  Jakob Lee, Dennis Whisman Jr., Sam Mills, AJ Padgett and Chris Benson also competed in the event.  Padgett’s bus was wounded enough from the many hits at the intersection, so AJ sat just off the track and then pulled out, back and forth across the Figure 8 course to inflict more contact and damage to his fellow racers several times, to the delight of the cheering crowd.

The ARCA Moran Chevrolet Outlaw Super Late Models continued its very competitive nature for the season, as Eric Lee became the third different leader, taking the point on lap 18 on his way to the win in the 50 lap race.  Polesitter Paul Pelletier took the lead on the start, as the first 45 laps ran straight green flag.  Scott Pemberton took the number 1 spot from Paul on lap 4, using the high groove to get to the front.  Lee, also in the second lane, steamed to the front and into the lead on lap 18, building up a solid lead that was erased on the lap 45 yellow, which bunched the field.  Eric took off on the restart on his way to the victory.  Pelletier steered his machine into second at the finish, with Pemberton third, Conner Zbozien fourth and Justin Schroeder fifth.  Dennis Strickland, Stan Yee Jr., Hayden Sprague, Frank Jiovani, Steve Cronenwett Jr., Steve Hawes, Derrick Sheppard, Guy Fire and Chris Benson completed the finishing order.  Schroeder set quick time at 11:713.  Zbozien and Cronenwett Jr. took the heat race wins. 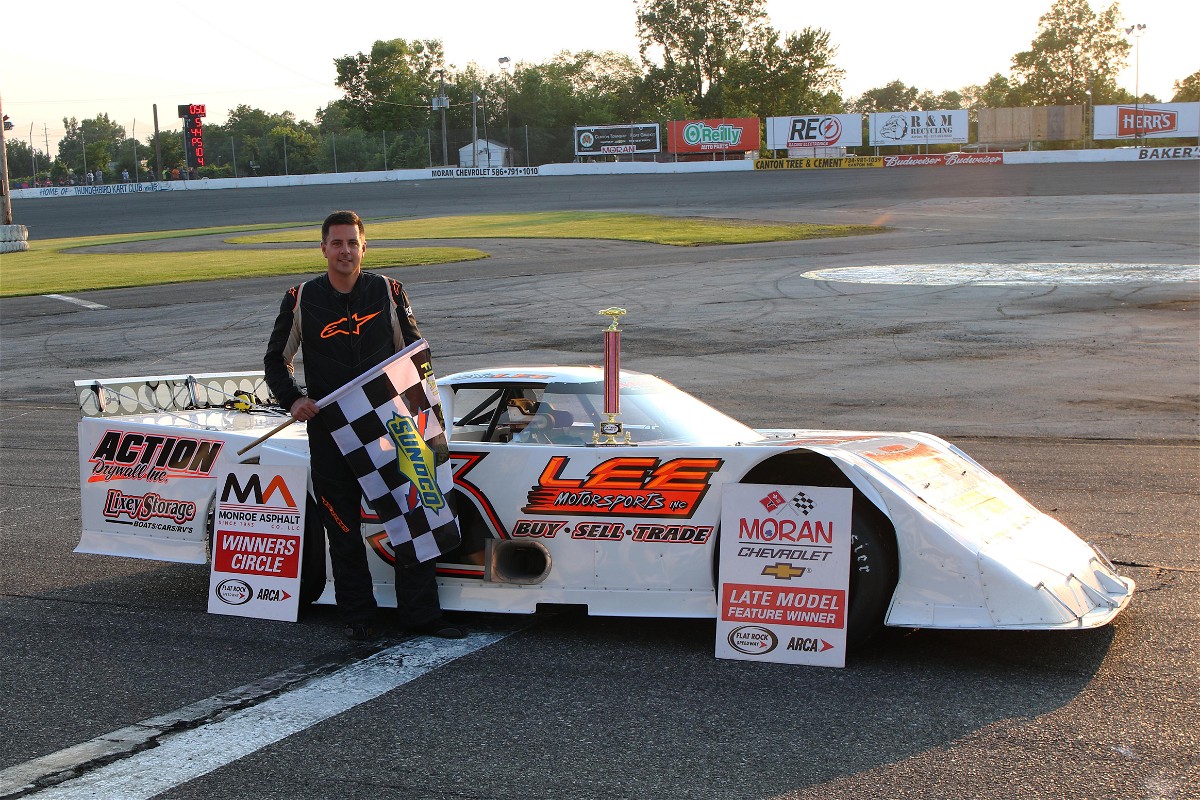 Third-generation racer Brice Thomsen led the first 10 laps of the ARCA Figure 8 feature, with Greg Studt in his tire tracks.  The 20 lap race was stopped at lap 10 when Stephanie Bradley and Jakob Lee crashed at the intersection.  Bradley was done for the night, while Lee went to the pits for repairs and returned to action.  On the restart, Greg charged by Brice and zipped to the win.  Thomsen held on for second, Dennis Whisman Jr. was third, Billy Earley fourth and Eugene Worden fifth, followed by Ethen Lambert, John Lambert, Lee, Dave Lambert, Johnny Whisman, Joe Vanderhoof and Bradley.  Whisman Jr. and Lee were the heat winners, with Earley setting fast time at 20:684. 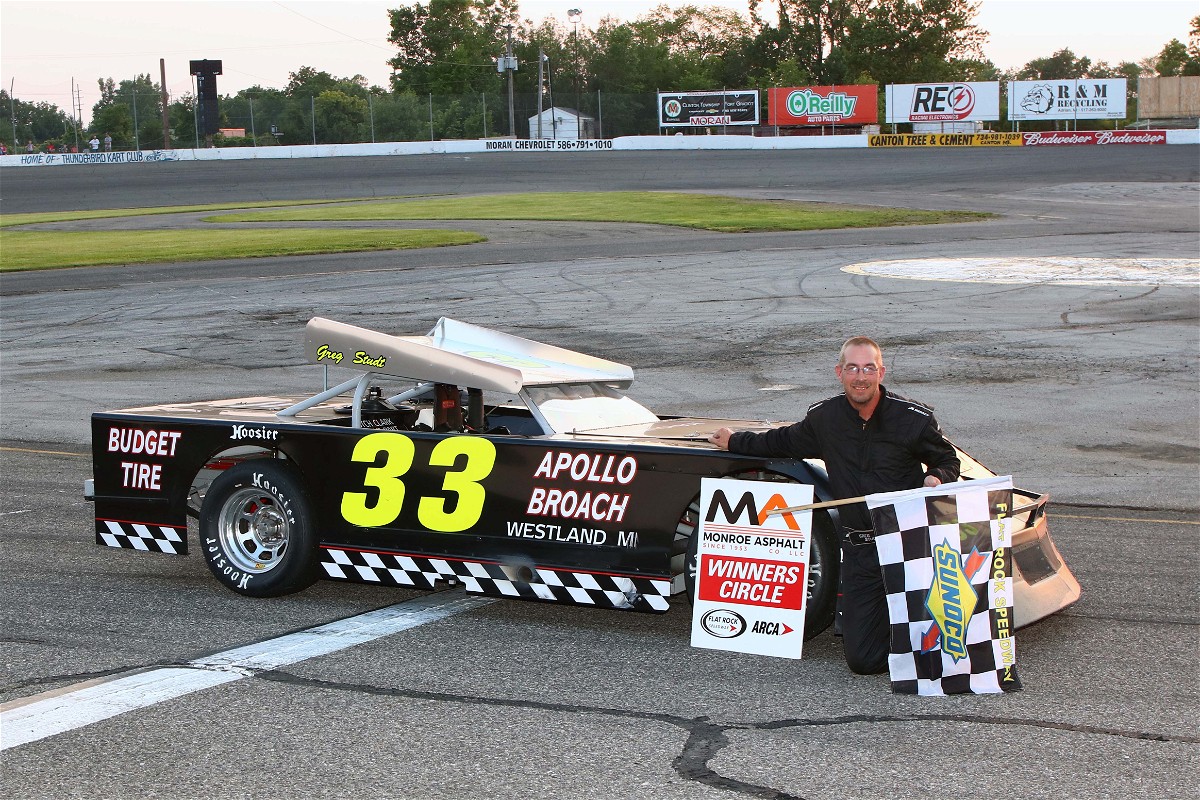 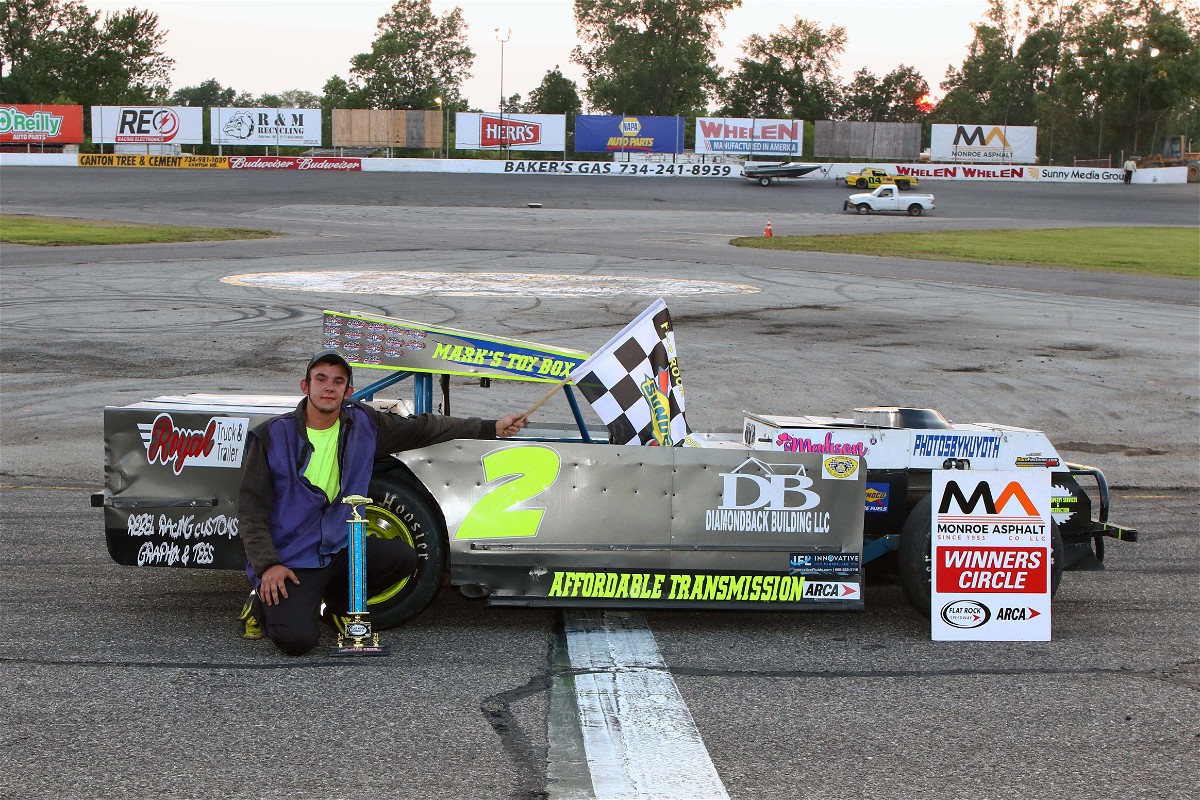 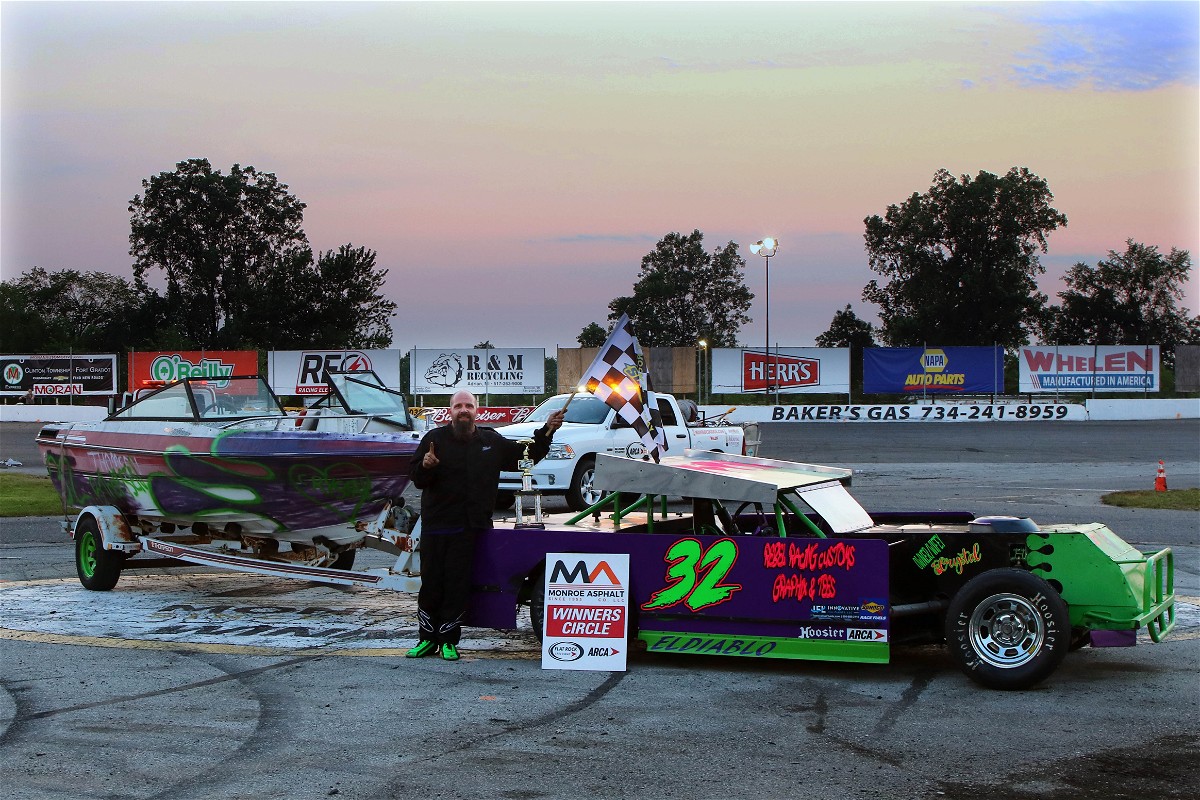 Fans who attended the July 3 bus race will receive $5 off admission to the July 10 show by bringing their ticket stub to the ticket windows for the Saturday, July 10 race date.