Flat Rock, MI—May 1, 2021:  After the entire 2020 season was shut out due to the COVID-19 restrictions, Flat Rock Speedway opened its gates for the new season of 2021.  Jack’s Bicycle of Monroe served as the Opening Day sponsor, and a nice crowd was on hand for the 4 p.m. start.  Justin Schroeder, Greg Studt, Wilburn Parks and Dennis Whisman Jr. captured the feature wins and visited the Monroe Asphalt Winner’s Circle Saturday afternoon. 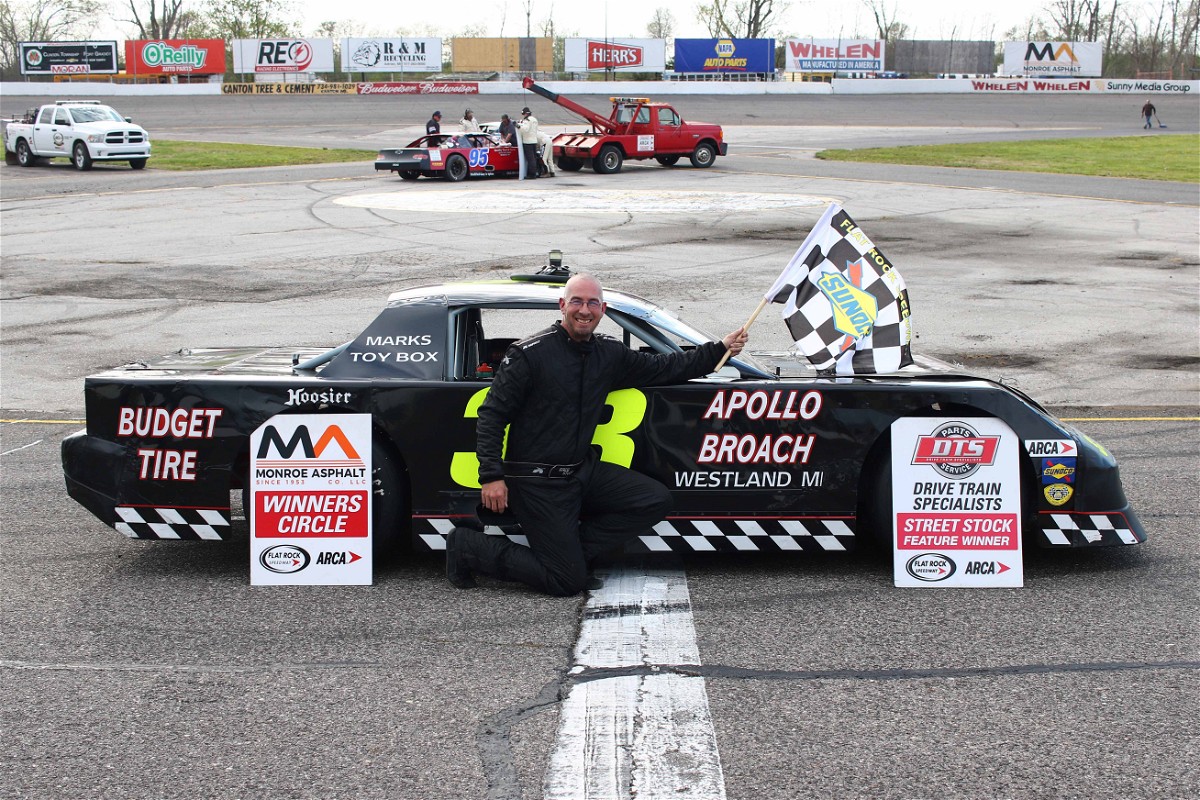 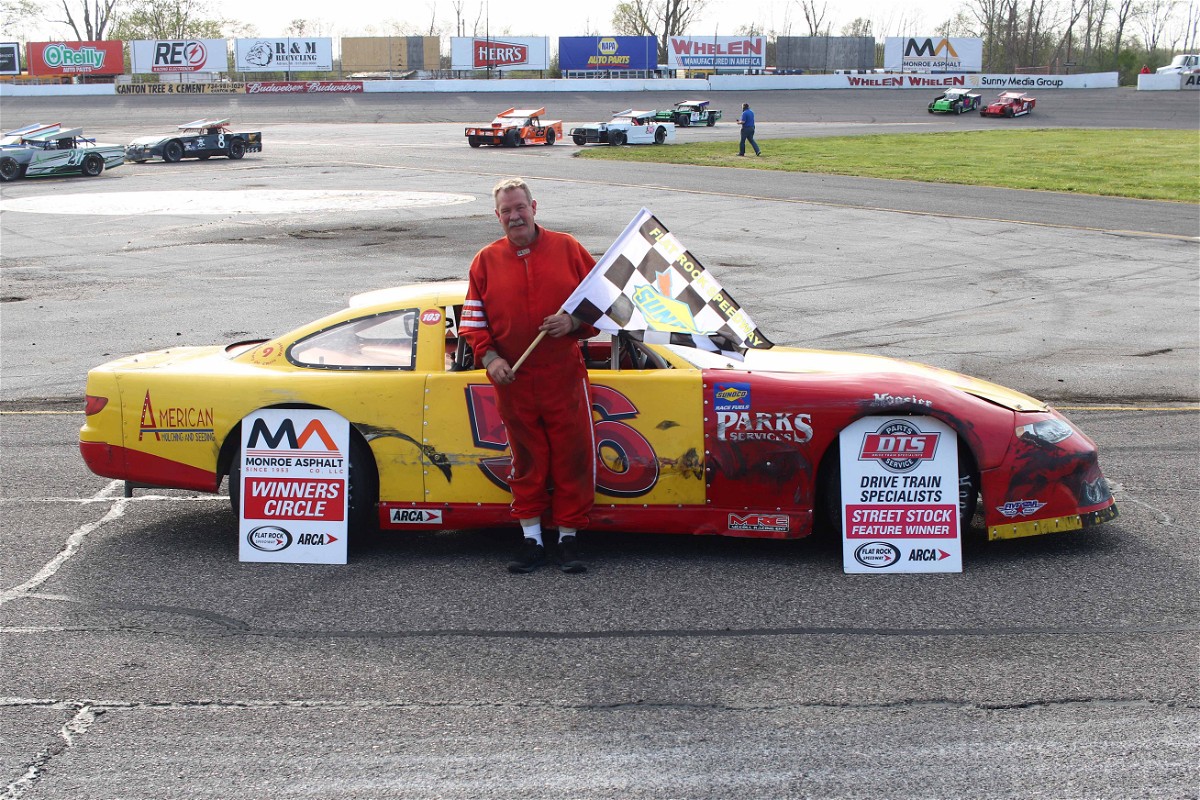 Schuster topped the 28-car field in qualifying with a lap of 13:282, while Parks led the B cars at 13:920.  Moore Jr., Clarity Patton, Lonnie York and Papineau were the heat winners. 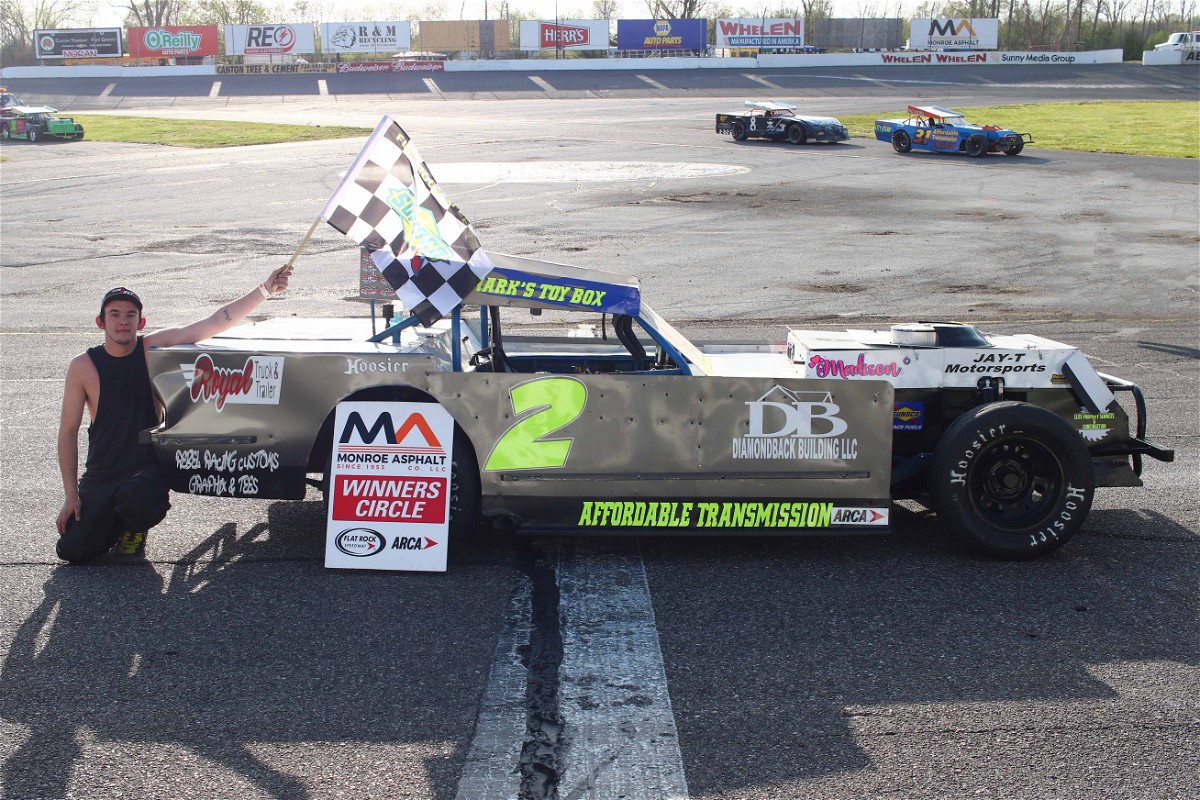 Schroeder ($150), Studt and Whisman ($100) and Parks ($25) collected the Innovative Fluids, LLC bonus, which is being paid to the feature winners for each weekly event for the 2021 season.  Schroeder will also receive a $200 Penske Shocks certificate, while Steve Cronenwett Jr. gets a $100 Penske Shock award, which will also be presented for each Outlaw Super Late Model race at Flat Rock this season.  Stephanie Bradley took the $50 Sunoco random draw bonus home.  Schroeder cleaned up on bonus awards Saturday afternoon as he will also take the $50 Moran Chevrolet Hard Charger Award.

Flat Rock Speedway will continue its 4 p.m. starts for the next 2 Saturday events-May 8 and May 15.  Saturday, May 8 the ARCA Moran Chevrolet Late Models, DTS Drive Train Specialists Street Stocks and the ARCA Figure 8’s will hit the track for great family fun and entertainment.  The ticket office and front gates open at 2, with racing at 4 p.m.  There is no advance ticket sale for this event.  Parking is FREE on the track grounds.