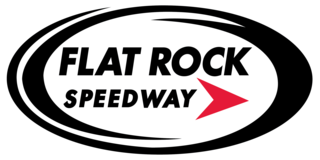 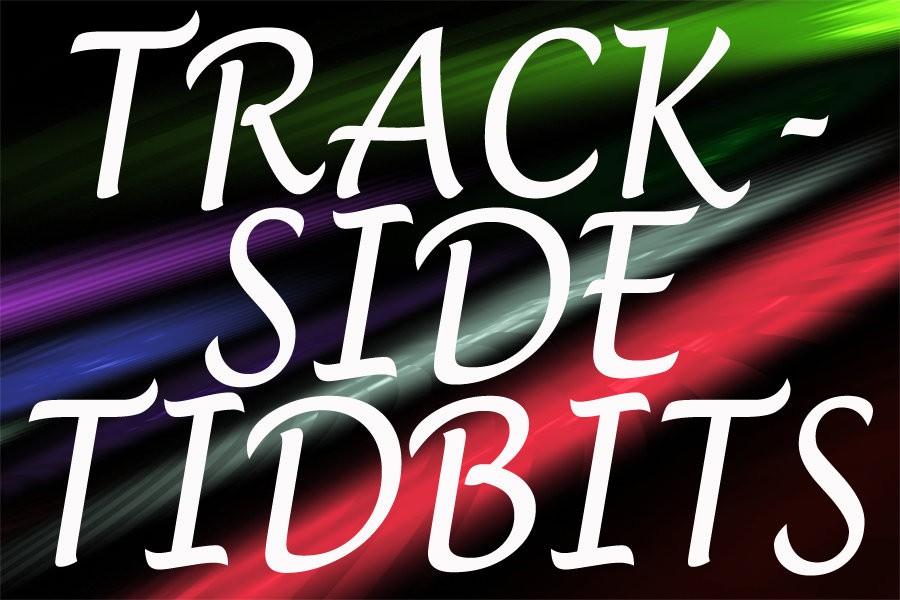 Craig Everage: “Coming off of the 150, finishing second to (Brian) Bergakker, we never touched it. We put it on jack stands and waxed it, put new tires on it and let it go for the feature. I was hoping for a bigger inversion but it’s good for the crowd. I want to apologize, not sure what happened with Eric Lee, I love those guys to death, Steve and Eric Lee, I talk to them daily, I hate it for him. He had a big lead and he was going to win. I was going to settle for second, running behind the lappers. I destroyed a car last night (at Kalamazoo) and my team needed this. Luckily I have this one for Flat Rock

Craig’s last feature win was the same week in 2018. From email, “Has been a struggle to find victory lane … I’ve had three seconds. Got real lucky on late caution as Eric Lee had it in the bag. Hurricane Scott Hantz and my team have been on it all season. I want to thank my sponsors, EverageAuto.com, Fort Wayne Auto and Truck Auction and Hurricane Speedsop. Looking forward to having a shot at the Championship. Carl Miskotten's borrowed V6 engine has been flawless all season. Can't wait until Sat going to be a long week preparing the best car possible.”

Scott Selmi, won his last Street Stock A division win in July 2015, took the victory. “(Running on the high side) It’s the only way to do it. You can’t get to the front from the bottom. It’s hard to win here.”

Paul Duffin won the Street Stock B division feature. His last win was a few days from being exactly two years (he won the same weekend in 2017). Can’t see behind me so I thought someone was right on my bumper. That was a lot of fun, thanks everyone for coming out. It’s been a while since I got a (feature) win, so any win is a good one.” His last win was this weekend in 2017.

Greg Studt won his first Figure 8 win (but he’s won X SS A division features in that time) at Flat Rock. “That was a good hard race. I tried him (Jakob Lee) low and high … I had a good run in there and I stuck with it. I hate to see that happen, but we got the win. If he could’ve straightened it out a little faster … I hate passing them like that. I gave him a little time to straighten out but got in there too hard and he couldn’t get it back in time. Had fast time in both divisions (Figure 8 and Street Stock A division). Got sixth in the Street Stocks, but #15 (Kyle Worley) was dumping something and it got slick on the outside.

The Street Stock A division feature was really something, very competitive, with Pete Shrake spending most of the 25-lap feature racing side by side with someone, first Ethan Stadniczuk and then with eventual winner, Scott Selmi. “I had a good run but made a couple mistakes on the last couple laps. A little too anxious and turned into the corners to quickly, which made for a bad angle to exit on. It was fun running up front since I haven’t been in the car in two years. My hat goes off to Scott Selmi for a great run. He was hooked up on the high side and I just didn’t have enough to keep up with him. I’d like to thank my sponsor Budget Tire.”

Here's some notes on this week’s championships races:

The Super Late Models is the closest race with six drivers within mathematical distance of the championship. Defending Gold Cup Champion (2017-18) Frank Jiovani and Craig Everage are tied for the lead. The pair has a 75-point lead on four-time Track Champion Paul Pelletier. A trio of drivers are tied for fourth, Steve Cronenwett Jr, Jeff Vrsek and rookie Hayden Sprague are 135 points back. With 200 points for a win, 25 for heat win and 15 for fast qualifier (240 points) and weekly races averaging about 15 cars (15th in the feature is 130 points) there may not be enough points for the latter three drivers, but third place is only 70 points away for them. For Jiovani and Everage it’ll be their first track championship.

Greg Studt leads Rob Randa by 150 points and only needs to start the feature. With 21 Street Stocks starting the feature, the most points that can be made up in a race night is 140. Nick Shanks is 85 points back in third and he leads David Liaeff by 140. For Studt it’ll be his second Street Stock A division championship, the other being in 2016. He also has three Figure 8 and a SLM championship (the only driver to win championships in all three weekly divisions … he also have multiple Figure 8 and a SLM championship at Toledo).

Some leftovers from the Gold Cup Race, Aug. 10

Brian Bergakker won his first Toledo Speedway race, his fifth Gold Cup win. He is ahead of Dennis Strickland. Unless there’s over 25 cars in the feature for Glass City, Bergakker just has to start the feature to win his first Gold Cup Championship.

Bob Mikolajczyk had one of the worse looking accidents at the Gold Cup race on Aug. 10, slamming into the foam in turn one after having a stuck throttle, “The last time I raced anything was the ARCA truck in 2016, Todd Perkins late model in 2014 or so, and I haven't raced this particular car since 2009. It was an old Howe chassis identical to the green #6 Tracy Leslie win Toledo championship in 85 or so. The engine and transmission seem ok, but the rear end seems bent. Car is pretty much destroyed, from roll cage forward is gone, not sure if center or rear can be saved just yet. A couple bumps and bruises but no major injury or pain. Would like to rebuild or replace but now out of cash! Thanks to the safety crews, the track management for the foam blocks, would have been much worse without them. Thanks to my wife, my Dad, Todd Perkins, Richie Schorling, Josh Bunting, Jeff Stickler, Rick Marut, Howard Kelley and One Stop Speed Shop. probably forgetting some I'm sure.” Thanks for the email update.

Dennis Redersdorf was the other half of the accident, “Well, not the Toledo race we were hoping for. The #17 car had his throttle stick wide open going into turn 1 on lap 2. We were in front of him on the outside and Dennis heard him coming. He ran over our left front corner and sent us into a slide. We made right side contact with him just after he hit the wall. His car then slid to the bottom of the track and caught fire. Both drivers were fine and have no injuries. Thanks goes out to Toledo Speedway for having the big foam blocks in the corners. Also thanks to the safety crew as all did a great job. We'll be back. Just don't know if it will be this year. Lots and lots of unseen damage”

Paul Martell won the Factory Stock race on the same night, “We're still riding high on the win Saturday. Kathie Hejl and I thrashed on the car all week, trying to bring the best car we could for the 60th Anniversary of Toledo Speedway. I wasn't happy with my qualifying effort and the car wasn't handling well. I got lucky on the inversion draw, but I knew there were gonna be some fast cars chasing me down. I made my strategy to try to keep her pinched on the inside of the track and have them take me high. When I saw the 99 alongside going into turn 3, I thought I was done, but kept fighting on the inside. I also got lucky on the spots where I caught lapped traffic. I just tried holding my line until the checkers fell, then the emotion hit. I'm proud and honored to be a part of Toledo Speedways history, and give Craig and Matt a lot of credit for making it a great race! I'd like to thank my sponsors, My Mechanics Place in Livonia, Larry's Auto Parts in Garden City, and Bishops Auto Wrecking. I'd also like to give a huge special thanks to Tony Camilli and the gang over at Tony's Tires for taking the time to mount up my tires at the 11th hour, and to the Padgett Racing Team for helping me prep the car in the pits. It couldn't have been done without them.”

I want to thank all the drivers that sent me messages on Messenger. I love hearing from you, so you can send me a message on www.facebook.com/icechips or you can email me at icechips@hotmail.com. If you write something on your Facebook page and want me to just grab it from your page, please send me a note saying it’s okay to take … I have a list of pages that I check each race.

If you missed any of this year’s action visit Mike Miller’s YouTube page at: https://www.youtube.com/user/10yearnascarfan